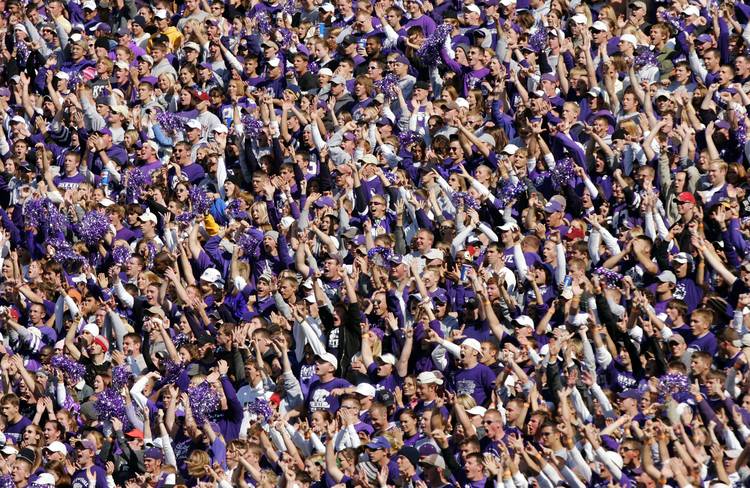 Kansas State Wildcats fans cheer their team as they take a lead on an interception against the Oklahoma Sooners in the third quarter on October 16, 2004 at KSU Stadium in Manhattan, Kansas. (Brian Bahr/Getty Images)

Things tend to go badly in Manhattan for the Longhorns.

Texas has dropped six of its seven all-time games played there, and hasn’t won there since 2002. The Wildcats, with their no-frills atmosphere, lull opponents to sleep and then attack, which happened two years ago in Texas’ 23-0 loss.

Coupled with the Iowa State matchup the week before, this is a part of the schedule that’s tempting to overlook. Do so at your own peril.

Key to the Wildcats improving on a 6-7 season is better quarterback play. That group consists of Jesse Ertz, who tore his knee on the second play of last season, and Joe Hubener and Alex Delton.

Kansas State, at a glance

Triplets: QB Jesse Ertz (1 carry, 5 yards in 2015), who blew out his knee on the opening series of his first career start last season and has yet to throw a collegiate pass; RB Charles Jones (142-696-5), who’s had only one 100-yard game in his career; and WR Deante Burton (38-510-4), who’s the Wildcats’ leading receiver but may give way to Byron Pringle, who thrilled in the spring game.

Last year: On a rainy, windy afternoon at Royal-Memorial Stadium, Texas controlled the Wildcats thanks to an effective running game and a solid defensive effort. The Longhorns had five sacks. Tyrone Swoopes scored three touchdowns out of his 18-Wheeler package and Johnathan Gray produced the sixth 100-yard game of his career. The Longhorns have won two of the last three games played in Austin.

Next game on the schedule: Baylor

Texas countdown to football: 5 Longhorns from Dallas to remember