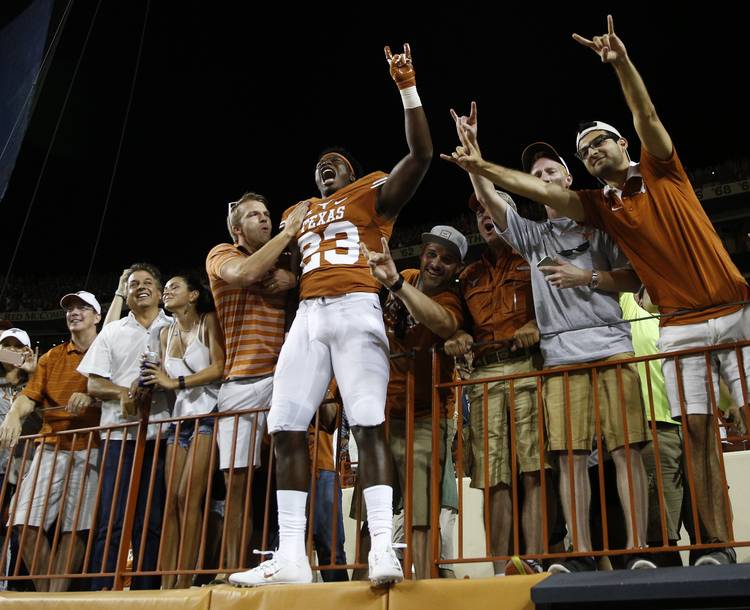 WHY TEXAS (1-0) WON: The Longhorns enjoyed a true homefield advantage, from the buzz generated by the new Bevo to the record crowd to the excitement of playing a season opener against a ranked opponent in the only prime-time game on TV. Shane Buechele picked up Sunday where he left off in the spring game, effectively moving the ball and showing nice touch on his deep throws. D’Onta Foreman bruised the Irish for 131 yards. The defense certainly gave up points (47) and yards (444), but flashed a pass rush at key moments and avoided being burned by a big play. Texas finished with 517 yards of total offense; last year, the Horns had only 163.

WHY NO. 10 NOTRE DAME (0-1) LOST: That 38-3 opener from 2015 feels like a long, long time ago. The battle between the teams’ offensive and defensive lines was largely a draw. DeShone Kizer had a big game (nearly 300 total offensive yards, and five touchdown passes), but Malik Zaire didn’t. The secondary was considered potentially vulnerable, and Buechele tested it with a couple of shots downfield. Not all of them worked, but his 72-yarder to John Burt to open the second half sure did. This was Brian Kelly’s first loss as a Top-10 team against an unranked opponent; he was previously 20-0 in those matchups.

THE EYES OF TEXAS: … were on three specific Irish — Tarean Folston, who led Notre Dame in carries, rushing yards and yards per game in 2014, but suffered a knee injury vs. Texas last year and was lost for the season; Torii Hunter Jr., the team’s most experienced receiver; and defensive end Isaac Rochell, a Bednark and Nagurski Award candidate with 25 career starts.

Folston had 18 carries for 88 yards. Both led the Irish.

Hunter had four catches for 37 yards and a touchdown. Equanimeous St. Brown (5-75-2) was the Irish’s big threat.

And Rochelle was solid, with nine tackles, three tackles for loss and a hurry.

Offense: D’Onta Foreman. In the last three games he’s played, Foreman has rushed for 157, 147 and 131 yards with four touchdowns. He was big in the last half of the fourth quarter and in overtime.

Defense: Malik Jefferson. The Big 12 preseason defensive player of the year didn’t disappoint, finishing with six tackles, one sack and a tackle for loss.

(1) Texas QBs: And former QBs. Buechele looked good in his first college game, Swoopes thrived again in his short-yardage package and scored the game winner, and Jerrod Heard (2-73), with a 68-yard catch, showed that he can still contribute to the passing game.

(2) The defensive line: Texas’ four leading tacklers all came from the D-line. Naashon Hughes’ blocked field goal late in the third quarter loomed large when you consider regulation ended with a 37-37 tie. And Chris Nelson led the team in tackles.

(3) Michael Dickson: He’s come a long way from last season’s punt and snap snafus. He had six punts against the Irish, averaging 55 yards, and had a long of 64.

ON DECK: UTEP (Saturday, 6, LHN): It’ll be a pair of 1-0 teams squaring off at DKR, though the Longhorns will be heavily favored. UTEP opened with a 38-22 win over New Mexico State, highlighted by a 249-yard rushing night from Aaron Jones — the third-best rushing performance in Miners history.

Editor’s note: The original version of this story was edited to correct the names of Brandon Jones and Kyle Porter.