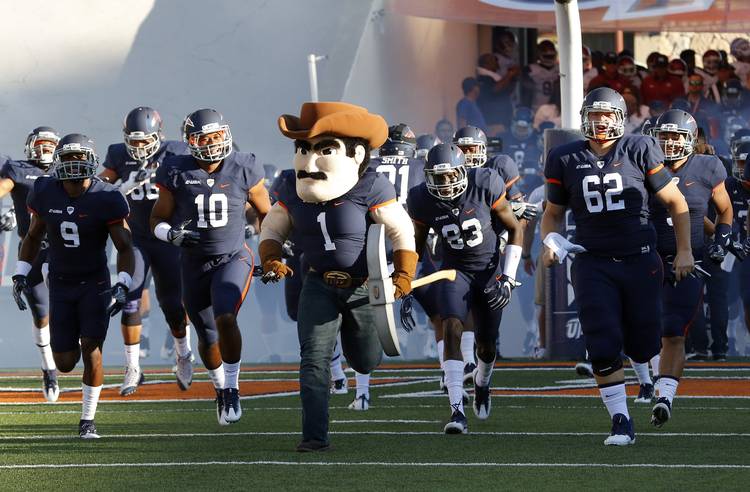 Each week of the season, the American-Statesman will interview the beat writer of Texas’ opponent. This week, the El Paso Times’ Bret Bloomquist offers insight on UTEP. You can find Bret on Twitter at @bretbloomquist.

What were your impressions from UTEP’s 38-22 win over New Mexico State?

It was a good debut of new offensive and defensive schemes that, as advertised, seem better suited to their personnel. Also their special teams were outstanding. New Mexico State is a fairly low bar, but they are improved and were still no match for UTEP.

Is this a UTEP team that can contend for the Conference USA crown?

Maybe, though Southern Miss and Louisiana Tech were supposed to be the teams to beat in the West and certainly lived up to that in Week 1. UTEP will always have a chance because they run the ball so well and the Sun Bowl is a big home field advantage. Right now they look like the third best team in the West, which means they’ll need an upset to contend.

After missing most of last season with an ankle injury, Aaron Jones entered this week as the nation’s leading rusher. What kind of potential does he have?

He’s really, really good, a player who I think will make it in the NFL. He’s explosive, strong, hard to bring down, and capable of both breaking the big one and also grinding out yards between the tackles. He’s the best player UTEP has had in the 10 years I’ve been covering them.

Should last week’s performance on defense (345 yards, 22 points) be considered to the standard for this UTEP team?

That’s fair. I assume they’ll improve as they get more familiar with a completely new system, but they’ll also be playing people a lot better than New Mexico State was without its best offensive player. Their defense isn’t as dramatically undersized as it has been in the past, so I think they have a chance to be average on defense this year, which would be a huge improvement.

Name one UTEP player that Texas fans aren’t talking about — but should be.

Their right guard, Will Hernandez, is an NFL prospect, sort of the embodiment of the changes Sean Kugler has brought to UTEP. He’s a Kugler favorite and Kugler is an offensive line guy. Hernandez is a player who can match up with Texas.

I understand my old favorite place that sustained me through college, the campus Texadelphia, is closed. That’s heartbreaking. I’ll be hanging out with my old college buddies who still live there so I’ll let them be the guides. Sunday afternoon I’m having my 50th birthday party at NXNW Brewery, so that will be a highlight.

With football recharged, is Texas back on the path to superpower status?