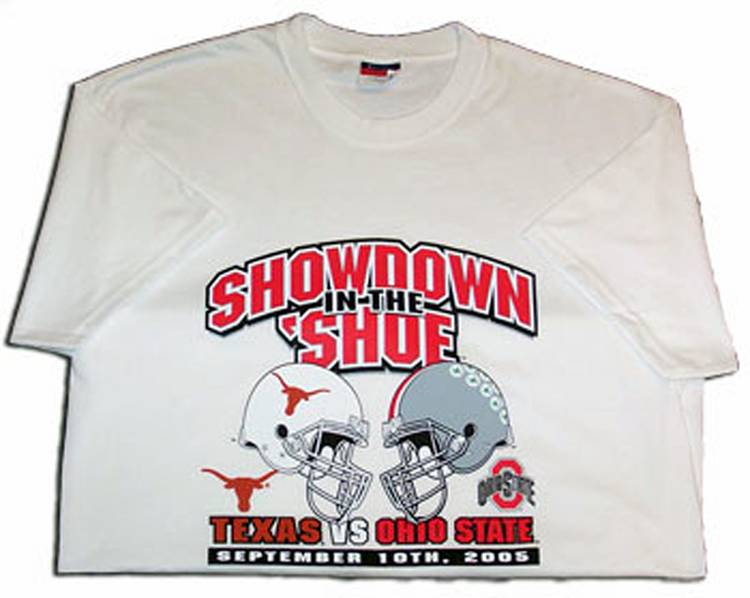 After pulling off an upset in double overtime last week, No. 11 (that’s right!) Texas must now focus on its Week 2 opponent.

And to say Week 2 lacks the same distinction as “Texas-Notre Dame” would be an understatement. But don’t tell that to UTEP, who won 38-22 over New Mexico State last week. Or the Longhorns, who probably need to prove they can handle success after such a big win (we all remember Iowa State from last year).

So what are the best Week 2 (or second game) performances Texas has played?

Yeah, not a win. But Texas played a top 10 team (top five in the coaches’ poll) and didn’t lose. In 1993, John Mackovic’s second season, this was kind of nice for the program. Texas was beaten 36-14 by Colorado the week before and needed something positive. The Orange (they were the Orangemen back then) led 14-11 at halftime, but Texas rallied to take the lead 21-14 in the third quarter, but with 2:23 left in the third, Syracuse tied it and the two schools played a scoreless fourth quarter in Austin.

This game wouldn’t have made this list if not for the fact that Syracuse was ranked so highly. The Orange finished a mediocre 6-4-1 but Texas finished 5-5-1 and didn’t beat a ranked team that year.

The last time these programs met as non-conference foes. TCU was gaining momentum and still considered a mid-major and Andy Dalton was starting for the Horned Frogs and Colt McCoy for the Longhorns. McCoy, a sophomore, was 25-of-38 with 239 yards passing with a touchdown and two interceptions. Dalton was 23-of-37 with 208 yards and a pick with no touchdowns. Who’d of guessed that one would be one of the winningest quarterbacks in the NFL the last six seasons (I’m a Bengals fan) and the other would be the backup to Kirk Cousins.

After a scoreless first quarter, TCU led Texas 10-0 at halftime in Austin. But Texas scored 10 points in the third quarter and added 24 in the fourth. Jamaal Charles scored a 39-yard touchdown to cap the game. Charles rushed for 140 yards and has been one of the best running backs in the NFL, when healthy, since joining the league.

Texas was coming off a 9-3 season in 1978 and beat Iowa State 17-9 in Week 1. The Longhorns traveled to Missouri and thumped the Tigers 21-0. Texas hadn’t played a ranked team in Week 2 since 1959, when Texas beat No. 19 Maryland 26-0. Against a crowd of 75,136 in Columbia, Mo., Texas led 18-0 at halftime with the help of two field goals by John Goodson (he made four in the game, going 4-of-5). Texas added a safety and Jam Jones scored the game’s only touchdown, in one of the most unconventional ways to get 21 points in the football game ever.

The defense held Missouri to just 164 yards and three turnovers.

Imagine how different the 2004 and 2005 seasons would have been without Week 2. First, 2004. Texas beat North Texas 65-0 on Sept. 4. A week later, Texas trailed 17-16 in Fayetteville against the unranked Razorbacks. Cedric Benson scored a touchdown in the third quarter as Texas grabbed the lead, but the ensuing 2-point conversion failed and Texas entered the fourth quarter with just a 22-17 lead. With 9:58 to go, Arkansas hit a 35-yard field and the rest of the game was played on pins and needles as the two teams held each other from scoring.

Texas went on to play and win the Rose Bowl and Young declared that the Horns would be back. Spoiler alert, they did return.

There’s a case to be made that this is the most important non-conference, regular season win in Texas history, one of the biggest wins in program history and one of the biggest road wins ever by Texas. Ohio State hosted Texas in front of 105,565 mostly Ohio State fans and the Buckeyes were loaded with talent. Texas was more loaded and thus proved it with a win. But that’s selling this game short. Vince Young rushed for 100 yards and threw for 270 yards, a prelude to what he would do against USC a few months later. Billy Pittman had a touchdown and 130 yards receiving, but this game came down to one catch and one bobbled pass.

Limas Sweed’s touchdown catch from Young with 2:37 left in the game gave Texas the lead for good:

But Ohio State fans will tell you that it was Ryan Hamby’s goofball drop in the third quarter that cost the Buckeyes the game and spot in the Rose Bowl:

Cedric Griffin’s heads-up tap that jarred the ball loose gets ignored, by those OSU fans, but it didn’t stop Hamby from getting hate mail.

Texas went on to win the national championship after passing its first test of the season.

With football recharged, is Texas back on the path to superpower status?