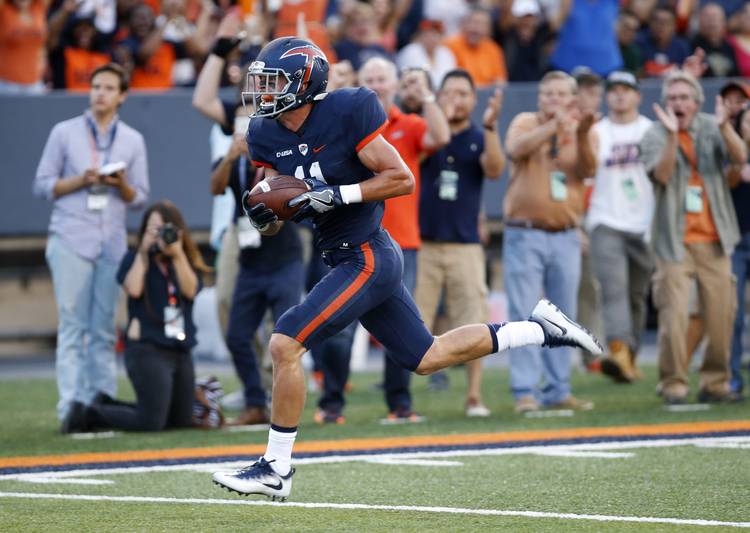 On Saturday night against UTEP, the eyes of Texas will be upon …

Following last week’s 249-yard performance against New Mexico State, Jones — who currently leads the country in rushing — sits in sixth place on UTEP’s career rushing list with 2,590 yards (John Harvey’s 3,576 yards tops the list). Jones received a medical redshirt during his junior year after he sustained an ankle injury in the second game of last season.

During the 2015 season, Jones recorded a pair of safeties and led a defense that allowed 32.9 points per game in tackles (93), tackles for loss (14.5) and sacks (6.5). He was unsurprisingly the top tackler in the Miners’ season-opening win over New Mexico State as he registered 12 stops. Jones, by the way, is Aaron’s twin brother.

One of 28 El Paso natives on the UTEP roster — you can also count the Jones twins in that group — Freytag opened his senior season with four receptions against New Mexico State, and 46 of his 95 receiving yards were recorded on a touchdown catch. The 6-1, 200-pound Freytag caught 14 footballs in 2015.

Texas vs. UTEP: The expanded boxscore