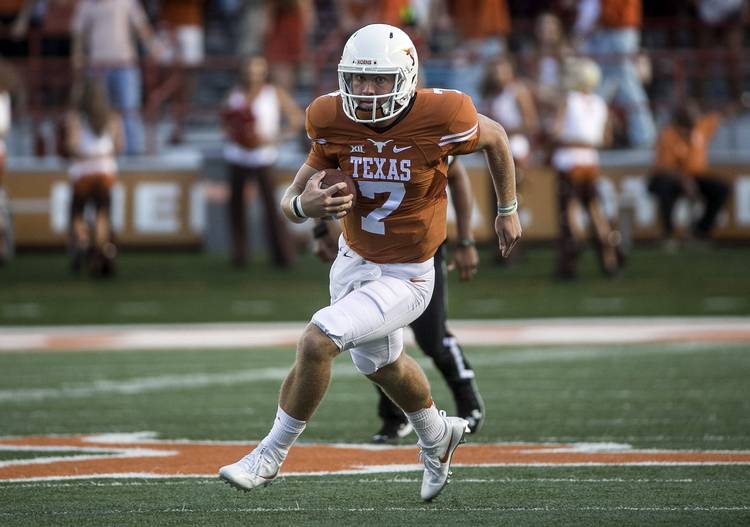 Shane Buechele began his Texas career before a record crowd of 102,315. Don’t expect him to be rattled by the home crowd at Cal’s Memorial Stadium, which holds 62,467. He seems excited about the prospect of “going to a new place.” He wants the Longhorns to pick up the pace this week against Cal, which allowed 45 points in its loss to San Diego State. “Shane doesn’t seem like a real vocal guy, but when he does say something, that’s when it gets our attention,” receiver Jerrod Heard said.

Most college kids would be excited about an all-expenses paid trip to the West Coast, but the Longhorns seem like they’re taking a business-like approach to the Cal game. I’m not sure if Texas is going to find out what it’s like to play in a hostile environment this weekend – this is indeed Cal’s home opener, but Memorial Stadium topped 50,000 fans once in 2015 – but there will be plenty of things for Texas to be tested on during its stay in Berkeley.

Are the Longhorns going to be road warriors or wimps? My guess is the former because they have long memories of debacles in stadiums from Fort Worth to Ames last year and are eager to erase those and set a new path. Texas went 1-4 in true road games in 2015 and barely held off a battered Baylor team. “It was the worst moment of my life,” linebacker Malik Jefferson said of the Iowa State loss. “I remember one young kid yelling at us as we walked off the field. He was very rude. I was like, “Where’s your momma?” Texas will show Cal who’s its daddy.

After years of failed promises, Texas’ new offense is delivering