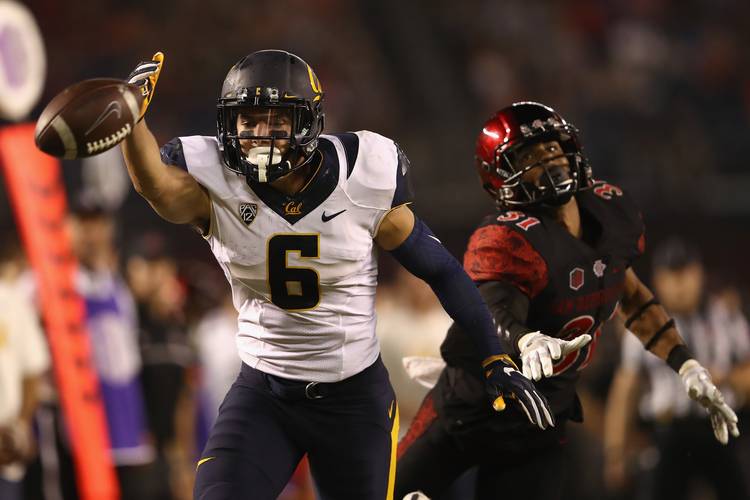 Derek Babiash (31) of the San Diego State Aztecs defends against Chad Hansen (6) of the California Golden Bears on an incomplete pass during the fourth quarter of a game at Qualcomm Stadium on September 10, 2016 in San Diego, California. (Photo by Sean M. Haffey/Getty Images)

Hansen is the nation’s leading receiver so far with 28 catches for 350 yards and three touchdowns. Vic Wharton III is second on Cal’s list with nine catches, and Bug Rivera has eight.

Suffice to say, the Longhorns better know where No. 6 lines up on any given play Saturday night.

“My man, Hansen, I think that’s his go-to guy right now,” Texas defensive coordinator Vance Bedford said. “The first two ball games, the game is tight or its a third-down situation, somehow they find a way to get the ball in his hands.”

Cal had 280 rushing yards against Texas last season. This year, Vic Enwere and Khalfani Muhammad are both averaging more than seven yards per attempt.

Haines back: Safety Dylan Haines missed the UTEP game after suffering a head injury against Notre Dame, but Bedford said Haines will be back in the starting lineup against the Golden Bears.