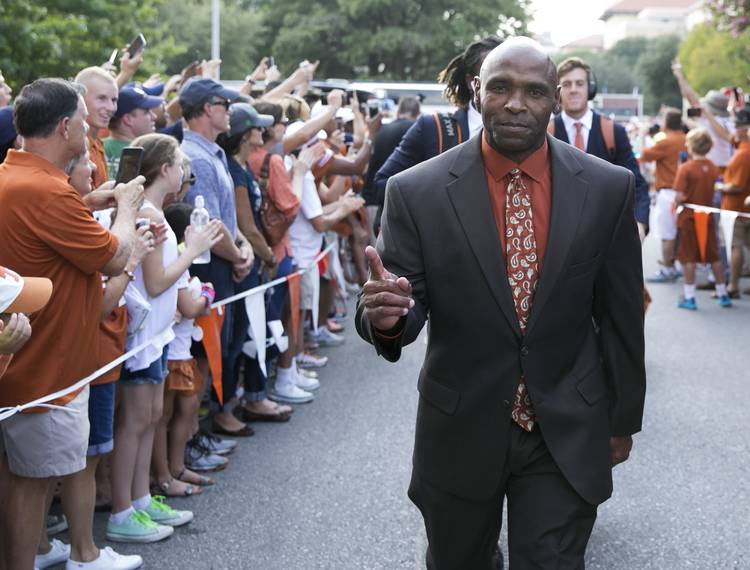 Brian Davis: The Big 12 is there for the taking

Things sometimes don’t go according to plan. Texas thought it had a rising superstar when Jerrod Heard racked up a school-record 527 total yards against Cal last season. “I guess it didn’t work out that way,” Bears coach Sonny Dykes said.

If the Longhorns emerge this weekend with a 3-0 record, there’s a real case to be made they are the Big 12 favorites. Other league powers are down and Oklahoma might have two losses after tangling with Ohio State. But remember, nobody in the UT locker room has ever won big at this level. That cannot be brushed aside. As annoyingly cliche as it is, this team must play one game at a time. Get the Cal win, then focus on Oklahoma State. Don’t plan on winning it all Saturday night, Texas fans. Moving to 3-0 would be good enough for now.

Danny Davis: This is a business trip for UT

The win over Notre Dame was a statement for Charlie Strong’s crew, but let’s not get too excited about a takedown of UTEP. Cal isn’t a powerhouse either, but the Golden Bears will provide Texas’ freshman quarterback, offensive depth chart and defensive backs with much-needed tests ahead of that Oklahoma State game on Oct. 1. This is a business trip to the West Coast for the Longhorns, so I guess they’ll have to leave all the road trip fun to the traveling media.

You’re probably like my family if you stand your sons or daughters up against the door frame and pencil-mark their heights and the date to chronicle their growth spurts. Even when the door was replaced, we kept the old one as a souvenir.

Saturday’s game measures just how far Texas has come since back-to-back losing seasons. I fully expect the Longhorns to pound away at a feeble Bears defense with their battering-ram tailbacks and Shane Buechele not to flinch for a second. This is a gauge of the improvement of Texas’ defense, which should hold its own.

This is a great opportunity for Texas to officially become a real player on the national level. Yes, the Horns beat Notre Dame and burst onto the edge of the Top 10 thanks to a wave of emotion from the Sunday night win where the whole country was watching, but now is the chance to take another nice step. It’s also a chance to reward the confidence that AP voters showed in the Horns after their biggest win of the Charlie Strong era. The only way to do that is to take care of business against a dangerous offense on the road. Let’s see what Texas does now that lofty expectations are attached.