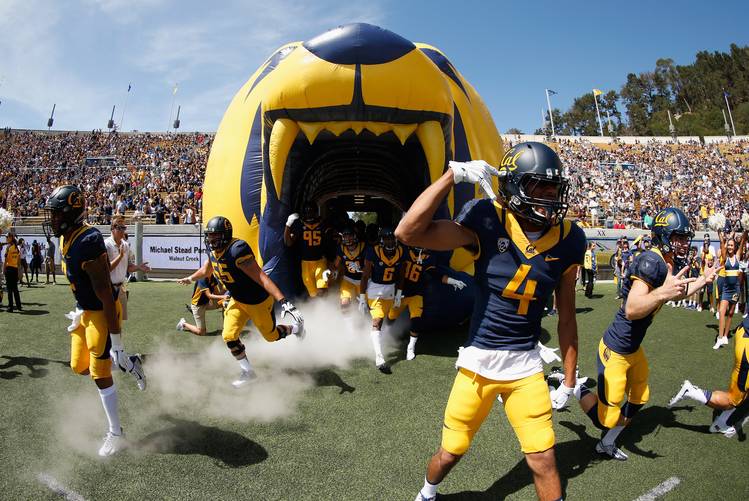 Kenny Lawler (4) of the California Golden Bears runs onto the field for their game against the Grambling State Tigers at California Memorial Stadium on September 5, 2015 in Berkeley, California. (Photo by Ezra Shaw/Getty Images)

Each week of the season, the American-Statesman will interview the beat writer of Texas’ opponent. This week, the San Francisco Chronicle’s Rusty Simmons offers insight on Cal. You can find Rusty on Twitter at @Rusty_SFChron.

Following last week’s loss to San Diego State, what has been the mood among the Bears this week?

Surprisingly, the Cal players recovered quickly from their five-point loss in San Diego — with one player even calling the Sunday meetings “uplifting.” I think it helps the recovery process to have a powerhouse opponent up next on the schedule.

Quarterback aside, what’s the biggest difference between this year’s team and last year’s?

Cal lost its top six receivers. Chad Hansen, who is finally under scholarship, has been a standout, but the rest of the group is young and learning.

We know the Bears can throw it, but can they run the football?

Cal head coach Sonny Dykes says he’d like to run the ball 65 percent of the time, but we haven’t seen that. The Bears have three capable backs, but none has taken claim as the go-to guy.

What is the biggest issue that this Cal defense needs to address?

Cal lost a ton of talent among the linebacker corps, and it’s showing. Players are missing run fits, and missing tackles when they do execute the scheme correctly.

Name one Cal player that Texas fans aren’t talking about — but should be.

Running back-turned-receiver Bug Rivera is a dynamic little guy in the mold of Wes Welker. As opponents focus more attention on Chad Hansen on the outside, I think Rivera will get plenty of chances in the slot.

Finally, any restaurant recommendations for the Texas fans making the trip?

The East is filled with great restaurants, but there’s a little known spot called Turkish Kitchen near campus. It’s between University and Berkeley ways, and it has authentic cuisine for student prices.

Our staff takes: This West Coast trip should be all business for Texas