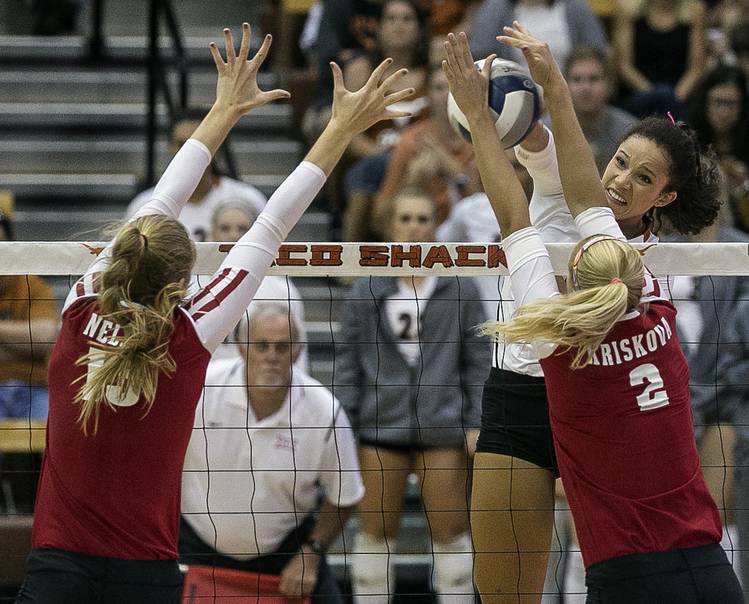 With another chance to make a statement against a highly-ranked opponent, late errors undid a strong start for the second-ranked Texas volleyball team.

Sunday’s loss was the first for Texas (8-2) in its last 21 matches played in the comfy confines of Gregory Gym.

Both teams split the first 12 points of the final set before the Longhorns pushed the score to 14-11, seemingly on the cusp of victory. But multiple Longhorn attacking errors opened the door for Wisconsin to leave with a win.

“Our touches got bad and we took some poor quality swings,” Texas coach Jerritt Elliott said. “We just have to be consistent for longer periods of time.”

The Longhorns won the first two sets and seemed poised to sweep their second ranked team in the last five days after a midweek win against longtime rival Texas A&M, which was ranked 16th. But a third set that featured eight ties and five lead changes saw the Badgers swing the match back in their favor.

“I think there were some moments there in that third set that we didn’t execute when we needed to,” senior setter Chloe Collins said. “It all just started to add up.”

Both teams were fairly even in the fourth set as the intensity picked up.

Up 17-16, Wisconsin won six straight points to shift the momentum and send the match to a deciding fifth set – the first Texas opponent to do so this season.

The match was the first between the two schools since the 2013 Final Four, a game that saw Wisconsin upset the top-seeded Longhorns 3-1.

Collins finished with a season-high 55 assists to go with 11 digs in the loss. Freshman Micaya White added 11 digs to her team-high 23 kills.

The match had an announced attendance of 3,402.

The loss ends a seven-match winning streak for Texas, which travels to West Virginia to open Big 12 play Tuesday before another ranked opponent comes to Gregory Gym on Saturday in fourth-ranked Kansas.

“It’s still early in the season for us and we’re still growing as a team,” Collins said. “We can learn from this experience.”