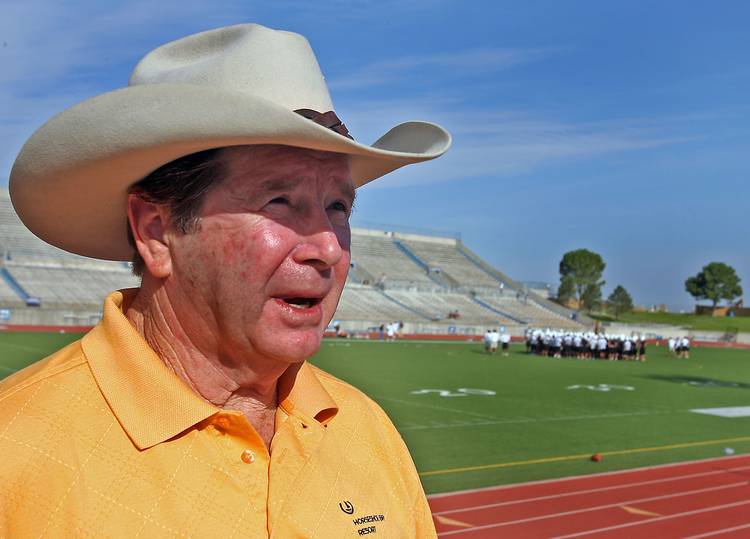 Leon Fuller is the executive director of athletics at Odessa Permian High School. He was formerly a coach with the University of Texas football team. (Larry Kolvoord/American-Statesman)

With rampant speculation that Vance Bedford is on the way out, or being demoted, or being replaced at the end of the year or, hey, he may turn it around, it’s time we take a look at the best coaches to ever hold the title of defensive coordinator at Texas.

Who will you not see on this list? Manny Diaz, Gary Darnell, Bobby Jack Wright and Will Muschamp. We’re sure Will is super upset about this.

Reese came to Texas with Mack Brown in 1998 after being the LSU defensive coordinator from 1995-1997. He led Texas to five consecutive top 25 defensive ranking finishes. In 2001 Texas led the NCAA by allowing just 236.2 yards per game. He took over a defense that was ranked 104th nationally in run defense and 85th overall. Reese retired in 2003 but returned for two seasons in 2009 and 2010 to help friend Michael Haywood, who was hired to be the head coach at Miami (Oh.), to be the defensive coordinator.

McWilliams spent several years working under Mike Campbell and Darrell Royal at Texas after playing for the Longhorns in the 1960s. In 1982 he replaced Leon Fuller as the defensive coordinator and kept the unit strong. In his first season, McWilliams’ unit pitched three shutouts and limited two more teams to just seven points. The success continued in 1983 as Texas went 11-1. McWilliams left Texas following the 1985 season to be the head coach for one season at Texas Tech. He returned to Austin to replace his old boss, Fred Akers, as head coach.

Arriving in Austin with Fred Akers, Fuller replaced the legendary coach Mike Campbell and quickly became a fan favorite as he coached the likes of Steve McMichael, Kenneth Sims, Doug Shankle and Johnnie Johnson. He left Texas to become the head coach of Colorado State, where he went 25-88 in seven seasons. He returned to Texas to become the defensive coordinator under David McWilliams, who he worked with in his previous stint, and the “Shock the Nation” 1990 season, his defense helped Texas to a 10-2 season. He stayed on as defensive coordinator under John Mackovic in 1993, but Fuller left after one season to become the defensive backs coach for the Denver Broncos.

Fuller then returned to Austin, but not as defensive coordinator. After Denver, he took a job as the head coach of the Llano High School football team. He left Llano to become the athletic director of the Austin Independent School District, where he worked for eight years and retired in 2004.  He later served as the athletic director of Ector County school district in Odessa.

Campbell was officially the defensive coordinator for 10 years, but he was with coach Darrell Royal throughout his career, following Royal from Mississippi State to Texas. All told, he was on Royal’s staff from 1955 to 1976. Before 1967 Texas didn’t designate who the coordinators on the team were, so it’s likely his tenure as defensive coordinator started earlier than 1967. As the defensive coordinator at Texas he led the Longhorns to two national championships, multiple bowl wins and  developed multiple NFL draft picks. If Texas has a reputation of being a strong defense, a lot of that stems from Campbell’s years making that happen. When Campbell didn’t get the head coaching job once Royal retired, he did the same. It’s one of the biggest “controversies” in program history.

No changes yet, but Charlie Strong promises ‘the defense will get fixed’