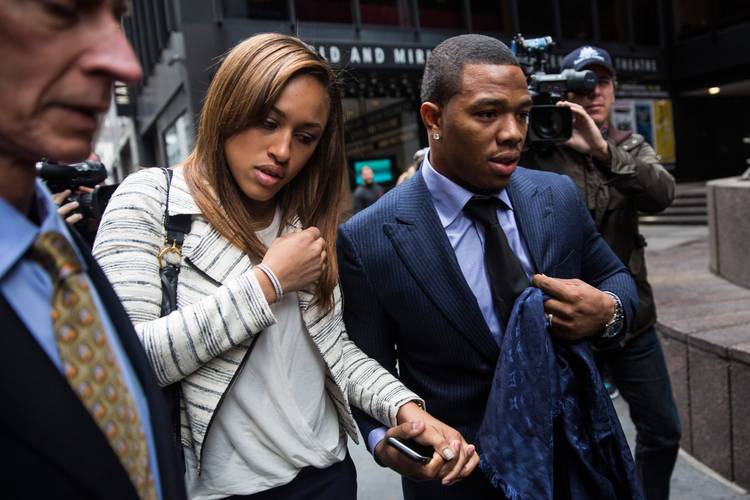 DALLAS — Using frank and unnerving language, Brenda Tracy sat in a ballroom on Wednesday and explained to a crowd of more than a hundred people how she was gang raped.

All four men were arrested in 1998. As best she knows, all four now live in California. Two were Oregon State football players. “That’s when the backlash started,” Tracy said.

The crowd inside the Belo Mansion attending the Big 12 panel discussion on domestic violence got the PG version. She tells a far different story when traveling around speaking to football teams. That’s “R-rated, X-rated,” Tracy said.

“Sometimes they cover their entire face,” Tracy said. “Or, their mouths are open, because I tell them every gory, gross detail of my rape. It’s disgusting, and a lot of times I cry because it’s hard for me to talk about it because it’s embarrassing and gross.

Here in Dallas this afternoon for the latest Big 12 forum. Ray Rice expected to speak on domestic violence. pic.twitter.com/Jgn1cKJfsG

Tracy told her life story sitting next to Ray Rice, the former Baltimore Ravens running back who was kicked out of the NFL in 2014 once a video of his assaulting his wife went public.

“I definitely acknowledge that I failed miserably,” Rice said. “I was so concerned about being The Man instead of being a man.”

Rice has no idea whether he’ll ever get back into the league. Only commissioner Roger Goodell knows the answer. So Rice, 29, spends his days counseling high schoolers in hopes he’ll get another chance.

“I’m not giving up on that dream, because I do believe when you start something, you should finish it,” Rice said. “But I have no control over that. The public’s forgiveness is something I know I’ll have to earn back.”

When the Big 12 first started hosting these panel discussions two years ago, the idea was to focus on topical campus issues. Nobody expects the panel members or the league itself to solve any problems during these 90-minute sessions. But at least they are having discussions.

“We’ve tried to focus on national issues, and I think this is a national issue,” Big 12 commissioner Bob Bowlsby said. “But obviously, there’s a local prism to look through as well.”

In July 2014, Oklahoma running back Joe Mixon punched a woman in the face, leaving her with four broken bones. Texas officials dismissed two football and one men’s basketball player in recent years for alleged sexual and domestic violence.

However, Tracy was blunt in her assessment about Baylor. She said once the news broke about the multiple alleged assaults in Waco, “My PTSD kicked in.”

Tracy sounded disgusted at the idea of former Baylor coach Art Briles coaching again, a topic that will only get hotter if more big-name schools have openings.

“It’s frustrating for me that people who are involved in the situations, people who perpetrate these crimes just get this pass and they keep going on with their lives.”

Vance Bedford addresses the media ahead of Oklahoma State