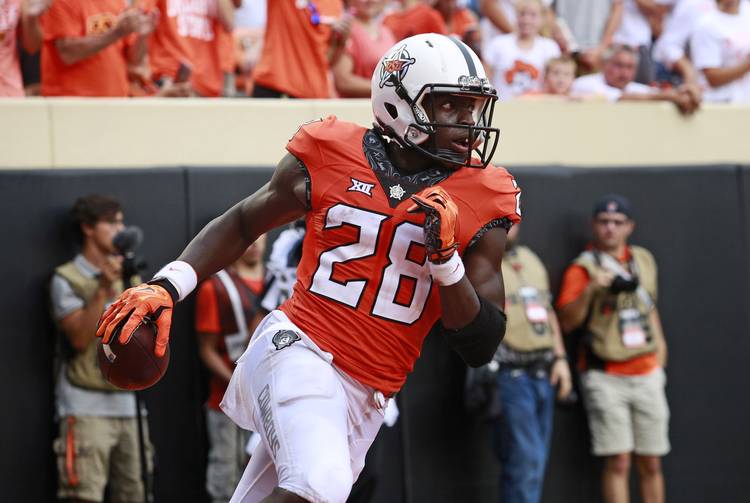 Washington is a Texas native — he had five touchdown catches in the three Class A Division I championship games that his Stamford Bulldogs appeared in from 2011-13 — who’s doing just fine against stiffer competition. He has led Oklahoma State in catches the last two years and is averaging a Big 12-best 122.0 receiving yards per game this fall. He turned nine catches into a 296-yard day against Pittsburgh two weeks ago.

Rudolph, a junior, has compiled 1,296 passing yards and six touchdown passes this season (against only two interceptions). Texas Tech’s Patrick Mahomes II and TCU’s Kenny Hill are the only Big 12 quarterbacks with more passing yards than Rudolph, who’s only two games removed from setting a single-game school record with his 540 yards against Pitt. Rudolph threw for 290 yards in last year’s meeting with Texas, but he also was intercepted twice.

At 52.8 yards per game, Hill ranks 10th among Big 12 rushing options. The freshman from Tulsa, Okla., though, is gaining some on-field momentum. He picked up 122 of his 211 season yards in last week’s loss to Baylor, and he also scored his first-ever touchdown on a 5-yard run. For his efforts, Hill was named the Big 12’s newcomer of the week — an award twice won this season by Texas’ Shane Buechele.

Texas vs. Oklahoma State: Our staff takes on Saturday’s game