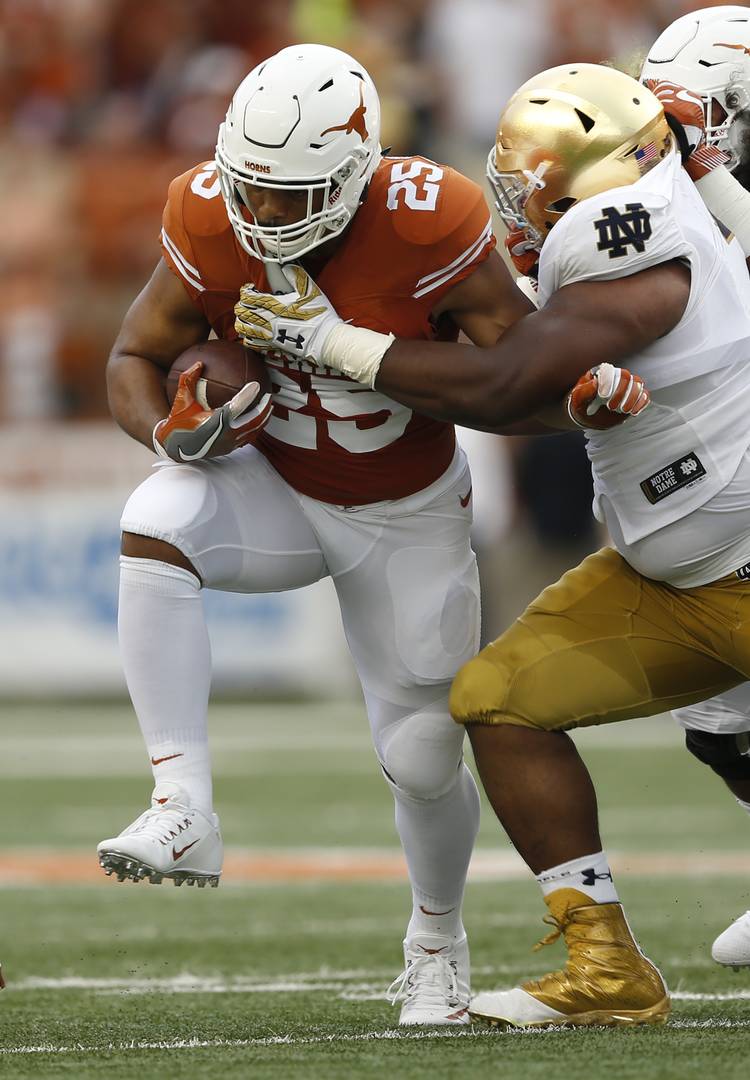 The injury report has scored a knockout of the one-two punch in Texas’ backfield.

Charlie Strong didn’t field many questions that weren’t related to his defense on Monday, but he did give an update about Texas’ banged-up backfield. Sophomore Chris Warren III will miss Saturday’s showdown with Oklahoma after he exited last week’s loss to Oklahoma State with a knee injury. Junior D’Onta Foreman, who exited the 49-31 defeat with an abdominal injury, is expected to return to the team later this week.

Strong was unsure of how long Warren would be sidelined.

Foreman leads the Longhorns in rushing yards (436), and he is tied with quarterback Tyrone Swoopes for the team-high in rushing touchdowns (five). Warren, though, has rushed 62 times for 366 yards and three touchdowns. Foreman, who is averaging 7.0 yards per attempt, and Warren respectively rank first and second in the Big 12 in rushing.

With Warren out, Texas freshman Kyle Porter should see more playing time. Porter has appeared in three of Texas’ four games, and he has turned his 15 carries into 62 yards.

By taking over the Texas defense, Charlie Strong is betting on himself