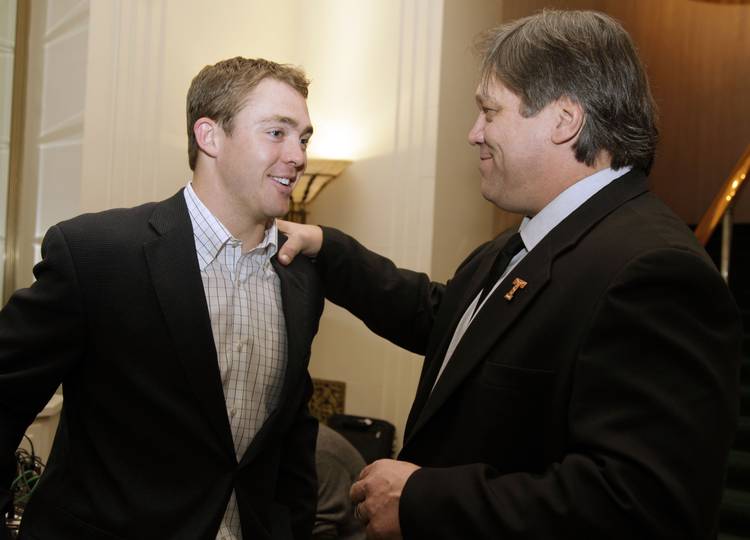 For the longest time, Texas and Oklahoma was known as a “shootout” but that didn’t always describe the game. Texas and Oklahoma have strong histories of great defenses (not really this year) and sometimes it came to Dallas with them.

Here are five Texas defensive performances against Oklahoma to remember:

We went over this game in our blow out blog, but we didn’t go over some of the finer defensive details. First, this is the last time Texas held Oklahoma out of the endzone. Oklahoma has scored at least one touchdown every game since this matchup. Oklahoma had 197 yards of offense, including just 87 yards rushing and 110 yards passing. Texas forced 10 punts for 401 yards and allowed just 3.1 yards per play. Quentin Jammer had an interception and a sack. Aaron Humphrey had two sacks.

The only regular season loss Oklahoma had in 1977 was to Texas, and Texas did it by allowing just two field goals and holding the Sooners to 209 yards of offense. Oklahoma had just 57 yards passing (Texas had even less at 47). Texas allowed just 2.09 yards per carry (that didn’t stop Oklahoma from running 52 times) and the Sooners punted nine times in the game. Steve McMichael had two sacks as did Henry Williams while Dwight Jefferson also sacked the quarterback. McMichael also had 14 tackles, 11 solo, while Lance Taylor finished with a team-high 17 tackles.

The second Texas shutout of Oklahoma since 1960, the Longhorns held Oklahoma to 114 yards of offense — 30 yards passing and 84 rushing. Tommy Nobis had an interception in the game.

This was one of the five blowouts we went over, and it’s the defense that made it that way. Ray Poage scored two touchdowns for the Longhorns, but Texas capped Oklahoma to just 209 yards of offense. Of the seven times Oklahoma threw the ball, one of the passes were picked off. Oklahoma had three turnovers in the game and one of the touchdowns came on the interception as Pat Culpepper returned the ball 78 yards for a score.

Texas held Oklahoma out of the endzone in the first Red River Showdown (I’m sure they called it something else back then, I mean, they weren’t even the “Longhorns” and “Sooners” at the time) and won 28-2.

We’re assuming it was a safety… wait, we found an excerpt of the story?

Here’s what was apparently written by the Austin American-Statesman 116 years ago (unsure if it was Kirk Bohls’ byline), according to Wikipedia:

“The game of football yesterday afternoon at the Varsity athletic field was an interesting contrast, notwithstanding the rather one-sided score of 28–2 in favor of the Varsity.

The Oklahoma men played a very good game, but they had weak points and the Varsity men found this out, and proceeded to take advantage of them. For instance, the visitors’ tackles and ends were weak, and the Varsity men made most of their gains through these men. Their guards and center, though, were stiff enough, and the Varsity’s attack at these points never netted large gains, and were frequently futile.

While Oklahoma should be given credit for the stiffness of her center trio, the fact that the Varsity backs made but small headway at these points is partly due to the Varsity backs themselves. They had not the life and dash that is necessary to successful line plunging, and they failed to heed Coach [S.H.] Thompson’s oft-repeated admonition to hit the line low and with speed, and the consequence was that when they got to the line they did not have the necessary momentum to plunge on through.

This was the case, notwithstanding the fact that the men are coached to play a good distance behind the line, so that they can get up speed by the time they reach it.”