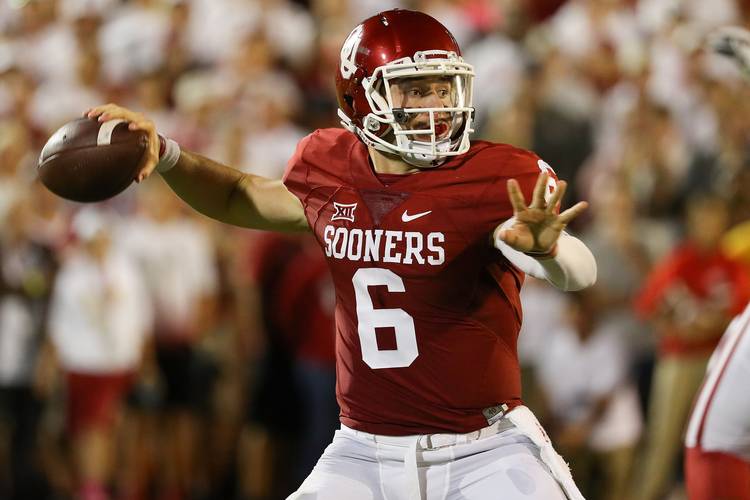 This might be the best individual matchup within the game — or at least one that offers local bragging rights. Mayfield, the former Lake Travis star, is now a team captain with the Sooners and ranks first in school history in career completion percentage (.680). Hager, who was a terror at Westlake at the time Mayfield was at Lake Travis, is tied for second on the team with 23 tackles and has two sacks. Hager was so upset after last week’s loss to Oklahoma State, he was practically shaking. The sophomore defensive end said he didn’t punch anything, but Hager is ready to unleash some frustrations. The Longhorns sacked Mayfield six times last year, causing him to get happy feet at times. Hager, who was injured at the time, had to watch it all from the sideline. He even refused to touch the Golden Hat trophy last year after UT’s upset win.

Texas spent an entire week preparing for Cal’s Chad Hansen. Everyone knew he was the Golden Bears’ primary target. He still had 12 catches for 196 yards and two touchdowns. The Horns knew Oklahoma State’s James Washington was a deep threat, and yet he eluded multiple would-be tacklers en route to a 54-yard score. Suffice to say, the Horns got burned by players they knew could burn them. Westbrook is OU’s leading receiver and had seven catches for a career-high 158 yards and two touchdowns against TCU last week. He’s going to get the ball. And if it’s not Westbrook, watch out for Mark Andrews, who has 11 touchdowns on only 30 career catches. For Texas, Holton Hill is expected back in the lineup and Jason Hall may have regained his starting spot.

This will be an emotional day for the Buechele family. Shane Buechele’s family is full of dyed-in-the-wool Sooners, and he broke ranks to play for the rival Longhorns. Gladly, he adds. Buechele is 41 passing yards away from becoming only the second true freshman in UT history to throw for 1,000 yards. David Ash is the only other one who’s done it, throwing for 1,079 yards in 2011. Fortunately for Texas, the Sooners have lost some key defenders, including talented defensive end Charles Walker, who’s out with a concussion. Linebacker Tay Evans was forced to retire after multiple head injuries, and linebacker Will Johnson (undisclosed injury) is out as well. Believe it or not, OU’s secondary has been just as bad as Texas’. The Sooners allow 298.5 passing yards per game and have given up 13 passing touchdowns.

We could spend hours discussing Samaje Perine’s dynamite impact on the OU program. He’s already established himself as a star in the annals of OU history. Perine, who was not offered a scholarship by Texas despite growing up in up-the-road Pflugerville, ranks eighth in OU history with 3,309 career yards and is 809 yards away from Billy Sims’ school record. On the other side, Foreman is driven by the fact that OU wouldn’t offer him a scholarship though they did offer his brother, Armanti. He ran angry in this game last season, especially on an 81-yard romp en route to a 117-yard day. But on Saturday, Foreman won’t have Chris Warren III, who’s out with a knee injury. Foreman can’t afford to take unnecessary health risks just to prove a point. He’ll be backed up by freshman Kyle Porter and redshirt freshman Tristan Houston.

This is a critical moment for Strong, in his third year. The Longhorns must show up prepared, organized and motivated. But Strong has now taken on extra duties as Texas’ defensive play-caller, having demoted defensive coordinator Vance Bedford. Strong hasn’t called defensive plays for an entire game since 2009, when he was Florida’s defensive coordinator. “You have to establish a rhythm,” Strong said of defensive play-calling. Expect some rust. Riley has the clear advantage here on paper. He joined OU’s staff last season, and the Sooners are averaging 39.5 points per game. Still, Strong has the element of surprise on his side. The Longhorns are bound to show some new wrinkles. The players will be energized because their head coach is taking such an active role. Strong is coaching for his job, too.

Texas vs. Oklahoma: Our staff takes on Saturday’s game

The Eyes of Texas: Three Sooners the Horns will be watching