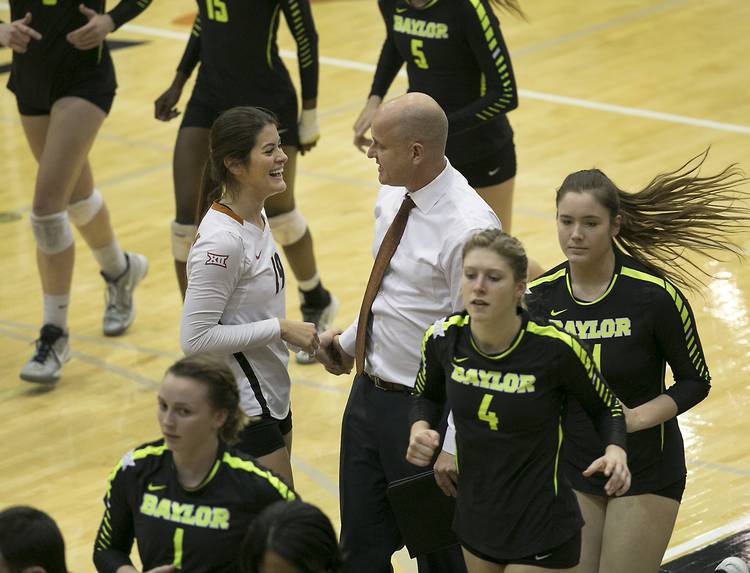 The Longhorns have won 13 straight Big 12 home matches dating back to 2014. Texas now leads the all-time series against Iowa State 39-4, including a perfect 23-0 record at home.

“Luckily they gave us some points off of some hitting errors,” Longhorns coach Jerritt Elliott said. “We came out with the W, but that’s not where you want to be in game five.”

Iowa State started the match taking advantage of multiple Texas errors in a 5-2 run. But the Longhorns rallied, winning 12 of the next 17 points to take a lead it wouldn’t relinquish. Freshman Yaasmeen Bedart-Ghani, in just her third start, killed all five of her attempts in the opening set.

The second set was more tightly contested before going the Longhorns’ way. Iowa State led 18-15 before Texas took five of the next six points. In a set that featured 15 ties, the Cyclones fought off three set points before Collins dropped a shot over the outstretched arms of two Iowa State blockers to win 27-25.

Possibly sensing a sweep, Texas started forcing shots and wasn’t able to close out a set. The Longhorns were tied at 19 in both the third and fourth sets, but Iowa State won both to extend the match.

“Sadly we didn’t have that urgency from the start,” Prieto Cerame said. “We kinda cruised after the first two sets. That fourth set was a wake-up call.”

The Longhorns travel to Waco for a Wednesday night meeting with Baylor before returning to Gregory Gym to host TCU a week later.

Oklahoma 45, Texas 40: Longhorns again score lots of points, give up even more

This time, no issues with Texas special teams, extra-point kicks