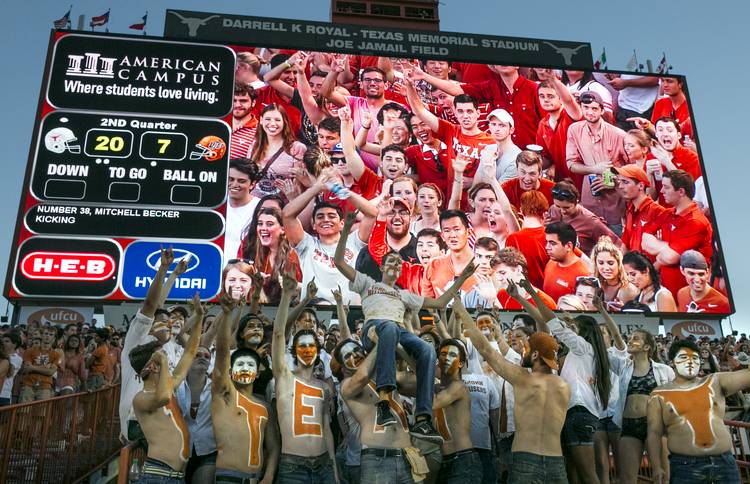 After a rough month on the road, the Longhorns return home this week.

Texas hosts Iowa State on Saturday evening in its first home game since a 41-7 win over UTEP on Sept. 10. Texas improved to 2-0 and a No. 11 national ranking after that win, but consecutive losses at California and Oklahoma State and last week’s loss to Oklahoma in Dallas has the Longhorns reeling.

A school-record 102,315 fans showed up at Royal-Memorial Stadium for Texas’ opener against Notre Dame, and the UTEP game drew 92,863 fans. Texas averaged home crowds of 92,069 in Charlie Strong’s first two years, and he said Monday that he expects fans to return to DKR on Saturday.

Strong added: “We haven’t played as well as we should. Still, though, the support should always be there.”

Texas offense is surging, and yet 41 points a game is still not enough