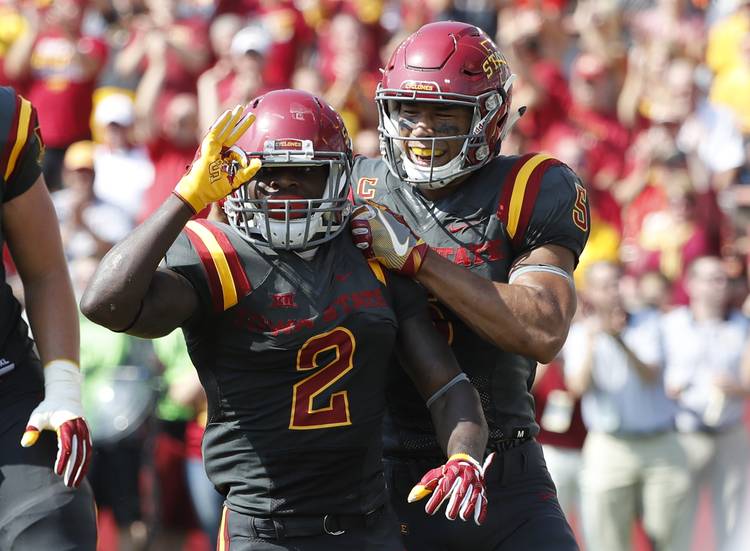 On Saturday night against Iowa State, the eyes of Texas will be upon …

Lazard leads Iowa State in receptions (27, to Trever Ryen’s 24) and receiving yards (383, to Ryen’s 283), and he has hauled in a team-high four touchdown passes. The 6-4, 223-pound junior, however, was held in check in losses to Baylor (three catches) and TCU (one). But he did top 100 yards against Northern Iowa and Iowa and had two touchdown catches last week against Oklahoma State. In his two previous games against Texas, Lazard has 14 catches.

Warren enters this week as the ninth-leading rusher in the Big 12, and his 72.7 yards per game are a few yards better than Oklahoma State’s Justice Hill, who touched up Texas for 135 yards. Warren is averaging 4.4 yards per carry, but has fallen short of 15 carries in three of Iowa State’s six games. Two weeks ago against Baylor, though, the Cyclones gave it to Warren 30 times, and he responded with 130 yards and two touchdowns.

In addition to being Iowa State’s second-leading receiver, Ryen has also boosted the Cyclones’ numbers on special teams. He entered this week as the Big 12’s leading punt returner at 16.3 yards per return — six yards better than Baylor’s Tony Nicholson. Ryen, a 5-11, 192-pound junior, also is averaging 11.8 yards per catch and is coming off his best performance of the season (six catches for 74 yards and a touchdown in the 38-31 loss to Oklahoma State).