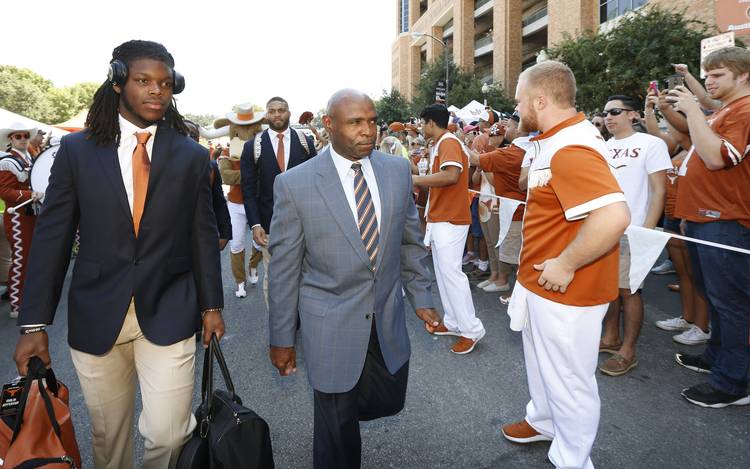 These days, there’s a lot of things to talk about on social media.

If you’ve logged onto Twitter or Facebook at any point over the past few months, you’ve seen an opinion or two (or 100) that’s linked to the upcoming presidential election or the Black Lives Matter movement. Many people have opinions on politics and social issues, and that includes Texas linebacker Malik Jefferson.

Jefferson appeared on ESPN’s “Outside the Lines” on Sunday for a story on the state’s campus carry law. In the piece, Jefferson discussed the law that allows those licensed to carry a concealed handgun into classrooms, describing how he once saw the gun owned by his father as well as Charlie Strong’s banishment of guns within the Texas football program.

In the OTL report, Jefferson echoed statements that he’s made in the past. Jefferson, who stated that he does not own a gun, was interviewed about a month ago.

“If you don’t speak out about something that a group of people feel about a situation, nobody will ever hear your voice,” Jefferson said.

On Monday, when asked about Jefferson’s appearance, Strong said he supports his players’ right to speak on controversial subjects. That statement, though, came with a caveat:

“What I always tell them is if you’re going to be outspoken about any issue, just make sure you research it yourself and make sure you have all the information before you speak,” Strong said. “That way it doesn’t put you in a position where someone can come back and personally attack you.

“I don’t mind them voicing their opinion because it’s freedom of speech, and I always want them to understand that they do have rights and they do have certain ways that they feel about certain things. Don’t be afraid to use your voice. I said we have a platform, and some of you guys have a big platform. If you have that platform, you have to use it, but let’s use it the right way.”

Jefferson was not at Texas’ regular Monday press conference with Strong and various players.