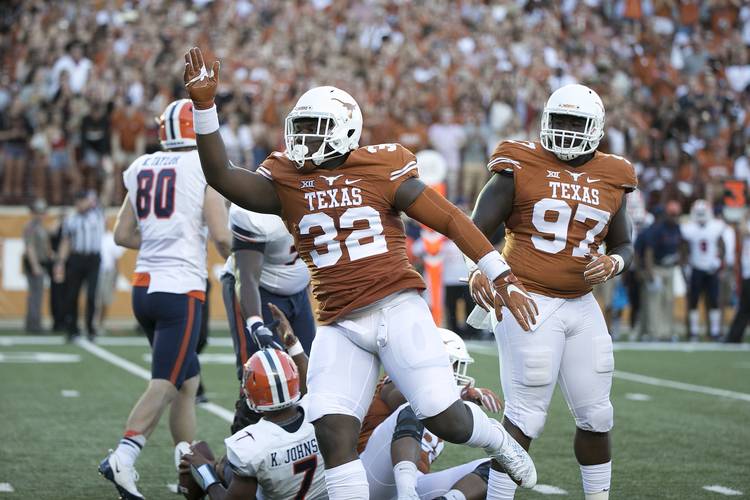 The sack attack is back, Jack.

Texas is tied with Central Florida for No. 4 in team sacks. Both the Longhorns, who had eight sacks in Saturday’s 27-6 win over Iowa State, and Knights are averaging 3.8 sacks per game. That average is bested only by Washington (4.0), Michigan (4.0) and Alabama (3.86).

The Longhorns’ eight sacks Saturday night came one week after they managed only a last-minute sack of Oklahoma’s Baker Mayfield.

“After the Oklahoma loss, we all went and looked at ourselves as a unit,” Hughes said. “It’s like, OK, what can we do to go help our DBs out? If that means more sacks, it’s more sacks, get more pressure, making them throw bad balls. We just had to help them out, any way we could.”

Texas has managed to get several of those sacks at critical moments of games. Thirteen of the 23 sacks have come on third downs.