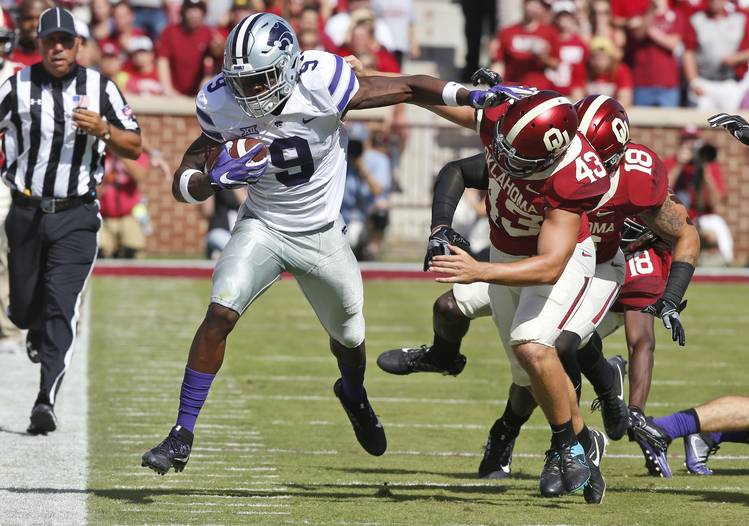 Lee, a junior who was as a defensive lineman in high school, ranks third in the Big 12 with 51 tackles, including 32 solo stops. In the 17-16 loss to West Virginia on Oct. 1, Lee had 14 tackles and picked up the Big 12’s defensive player of the week award. Lee has registered 11 tackles in his last two games with Texas, and he’s sacked a Longhorns quarterback each time.

Willis has six sacks, which is matched in the big 12 only by Oklahoma’s Ogbonnia Okoronkwo and Kansas’ Dorance Armstrong Jr. The 6-5, 258-pound Willis is tied for fifth in Kansas State history with 20.5 career sacks. He’s nine sacks away from Darren Howard’s school mark.

Pringle is Kansas State’s second-leading receiver, with 13 catches for 210 yards and a 19-yard touchdown. Pringle, though, has been an even bigger weapon on special teams; he’s averaging a Big 12-best 31.6 yards per kickoff return, and also scored on a kickoff return against Texas Tech. Pringle, a Butler Community College transfer who has also returned five punts, has twice been named the Big 12’s special teams player of the week.

Staff takes: Playing in Manhattan is a real chance to change recent history