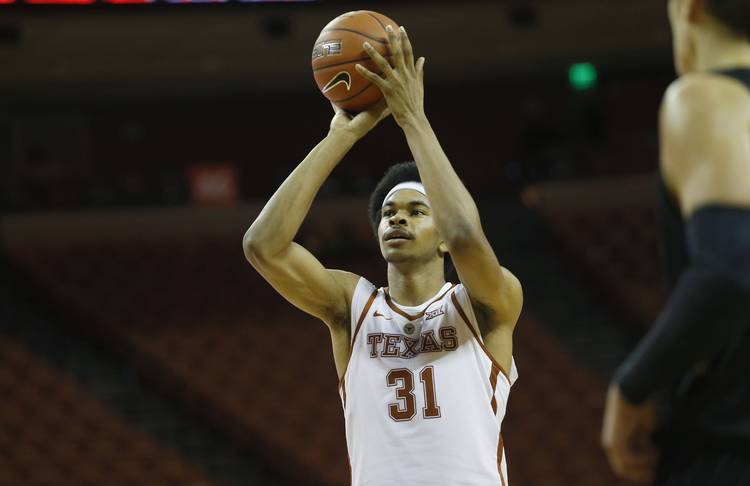 U.S. passports generally last 10 years beyond their date of issuance.

The People’s Republic of China would gladly welcome back the Texas men’s basketball program. The general feeling inside Cooley Pavilion is unanimous — um, thanks, but no thanks.

“Last year at this time, we’re over there touring Alibaba,” coach Shaka Smart said. “I mean we literally were.”

The Longhorns open Smart’s second season in the friendly confines of the Erwin Center and will remain stateside throughout non-conference play. Only problem is the marquee games, the schools that UT fans will recognize, will take place in New York and Houston.

Texas has only one home non-conference game against a Power 5 opponent. Alabama, which finished 10th in the SEC last season, comes to Austin on Dec. 2.

Smart had reason to take a cautious approach. The coaching staff knew the Longhorns would lose five seniors and probably junior guard Isaiah Taylor. As expected, this year’s group is unmistakably young. Coaches must find competitive balance and still map out a realistic road to the NCAA Tournament.

“One of the things you’ll see with some of the games that we’ll play at home, a lot of these teams are better than maybe the casual fan might think just going by their name,” Smart said. “I know that sounds like a coach, but you’ll see when they come in here and based on the seasons they’ll have in their own league.”

Friday’s season opener against Incarnate Word is the perfect opponent for a young team. Next week, Texas will face Louisiana Monroe and Eastern Washington in the opening rounds of the Legends Classic.

The first real test comes Nov. 21 against Northwestern at Barclays Center in Brooklyn. Coach Chris Collins has three returning starters from a team that went 8-10 in Big Ten play last season. The next day, Texas will face either Notre Dame or Colorado. Both teams would push the Horns. Mike Brey’s Irish have three starters back from last season’s Elite Eight squad.

Don’t sleep on UT-Arlington, either. Junior Kevin Hervey is a legitimate NBA prospect coming off a torn ACL injury.

Texas signed a home-and-home contract with Michigan and will play first in Ann Arbor on Dec. 6. Smart should ask senior Kendal Yancy about the last time these two met. The Wolverines drained 14 of 28 3-pointers to knock the Horns out of the NCAAs in 2014.

Texas and Arkansas will rekindle the old Southwest Conference fires on Dec. 17. The game will be staged in Houston, though. Smart has mentioned how he wants UT to play in recruiting hotbeds.

This is the first time since the Big 12 went to a 10-team configuration that it’s a true round-robin schedule. Each team will face all nine league opponents, and then face all nine again. No playing Oklahoma twice early or Baylor twice late, for example.

The toughest stretch in the first round comes in the back half of January. Texas hosts West Virginia, then plays at Baylor and Kansas and returns home to face Oklahoma on ESPN’s “Big Monday.”

Texas will play one more non-conference game on Jan. 28, at Georgia in the SEC/Big 12 Challenge.

Smart may want to keep his charges on the road around Valentine’s Day. Texas plays at Oklahoma State on Feb. 11 and then at Oklahoma on Feb. 14. This precedes the toughest two-game swing of the entire season — a Saturday home game against Kansas State followed by a “Big Monday” appearance at West Virginia, the longest road trip of the year.

The Longhorns have every reason to be motivated for the regular-season finishing kick. Both Kansas and Baylor embarrassed Texas in the Erwin Center last season. Those two teams come to Austin again in late February and early March.

“I’m excited to see how our team responds,” Smart said. “Can we take one game, do everything we possible can to be successful in that game? And just as importantly, really glean as much as we can where can we improve offensively, defensively and carry over and try to grow from one game to the next.”

Texas’ P.J. Locke III is making the most out of his minutes