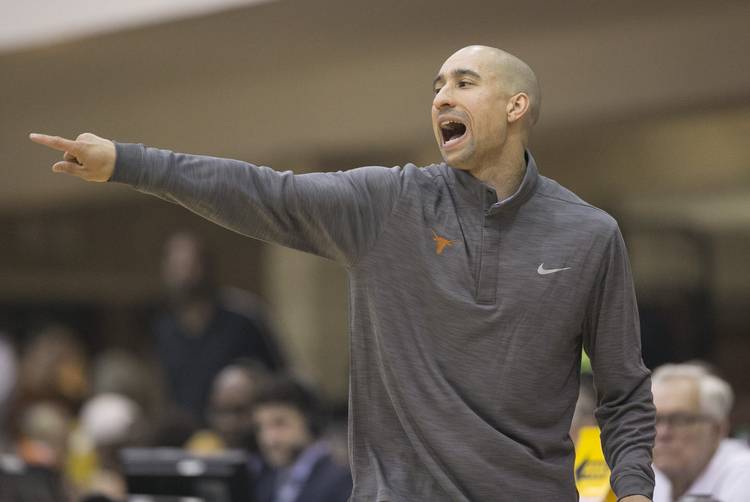 Texas coach Shaka Smart continues to stock his program with some of the nation’s best recruits. And more Texans, too.

The Longhorns signed three players on Wednesday, all of whom are ranked among the top 100 nationally by all the recruiting services. As a result, Texas’ class overall sits eighth nationally, according to 247Sports.

“It’s a group that combines athleticism, skill, versatility and high character and will be the foundation of a tremendous class,” Smart said in a statement. All three players are expected to join the Longhorns next season.

Febres was ranked anywhere from 47th to 63rd by recruiting services. He averaged 17.1 points last season as a junior. Hamm was ranked 74th nationally by ESPN and averaged 22.1 points and 7.1 rebounds last season.

Jericho Sims, a 6-9 forward from Minneapolis, was ranked 67th nationally by ESPN. He averaged 21.8 points and 11.2 rebounds last season for a prep team that finished 20-8.

“Jericho possesses tremendous quickness and touch for a player of his size,” Smart said. “He is a powerful athlete whose emerging skill set and explosiveness make his potential almost limitless.”

Ready for more: Eric Davis hoping to grow into a team leader for Texas