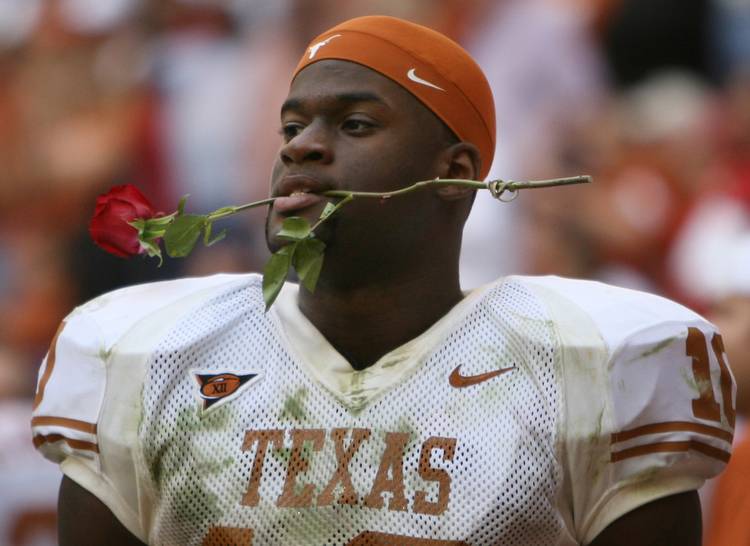 Texas State football coach Everett Withers, during his regular game-week press conference, went a little off topic on Tuesday while discussing his years as the Tennessee Titans’ defensive backs coach from 2001-06 — and his encounters with then-team owner Bud Adams.

Withers recalled the decision Adams made to draft Texas quarterback Vince Young over USC’s Matt Leinart in the 2006 NFL Draft:

“Norm Chow was (the Titans’) offensive coordinator and Norm wanted Matt Leinhart, no doubt about it,” Withers said. “Jeff (Fisher) wanted Matt Leinart, Norm wanted him. If you guys don’t know this, the Titans’ offices are still in Houston; the main offices are still in Houston. So they did a side-by-side comparison of Vince Young and Matt Leinart. Throwing motion, mechanics, reads, everything, to show Bud Adams.

“Bud was supposed to fly in from Houston to Nashville and look at that before the draft and sit down. Bud didn’t show up. Bud said, ‘We’re drafting Vince Young.’ He didn’t even show up. The coaches, the GM, nobody had a say. Vince Young was drafted because Bud Adams was trying to stick it to Houston.”

Bring on the kids: Texas women’s home opener should draw a big crowd