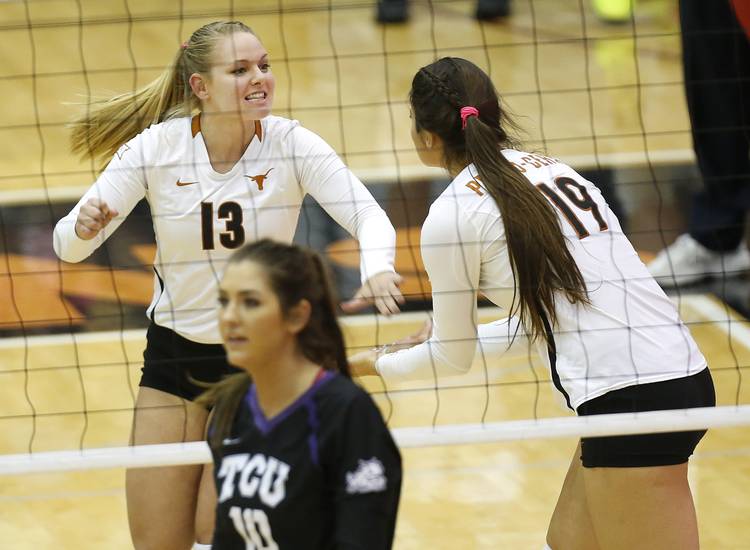 The men have qualified for the NCAA championships, which will be hosted this weekend by Indiana State. Texas is set to represent the Big 12 alongside Oklahoma State and Iowa State in the 31-team field, but everyone will be running after Northern Arizona; the Lumberjacks received all 12 first-place votes in the most recent USTFCCCA poll.

Texas hasn’t posted a win since mid-September, but the Longhorns are coming off a second-place showing at the South Central Regionals. Lockhart-raised runners Nate Moore and Robert Uhr placed fourth and 10th with times of 30:13.8 and 30:47.8, and Alex Rogers was 12th at a meet that was run in Fayetteville, Ark.

A week later, Texas is aiming for a top-15 finish in Indiana.

“Our goal is to get in there and really do the very best we can,” Texas coach Brad Herbster said. “(We want to) make a run at being one of the best Big 12 teams at the national meet.”

The 31 finalists will run on a 10,000-kilometer course, which means that Texas is about to run that distance for the second time in a nine-day span. What’s the key to recovering from a long-distance race in a short amount of time? Sleep, Moore said.

“Lots of time spent on that couch,” Moore said. “You don’t want to go out and spend all your time hiking on a Saturday after a big race. You want to lay low, just hydrate and let your body recover.”

Butler is the only Texan (Boling) who was signed. Sun and Zelon hail from California, while Shook was recruited out of Illinois.

The Longhorns have only one senior on the roster: Gavin Hall. Beau Hossler, who would have been a senior this fall, makes his professional debut on Friday at the Pebble Beach Invitational.

A freshman, Stevens will pitch on the junior-college level this season at Metropolitan Community College-Maple Woods.