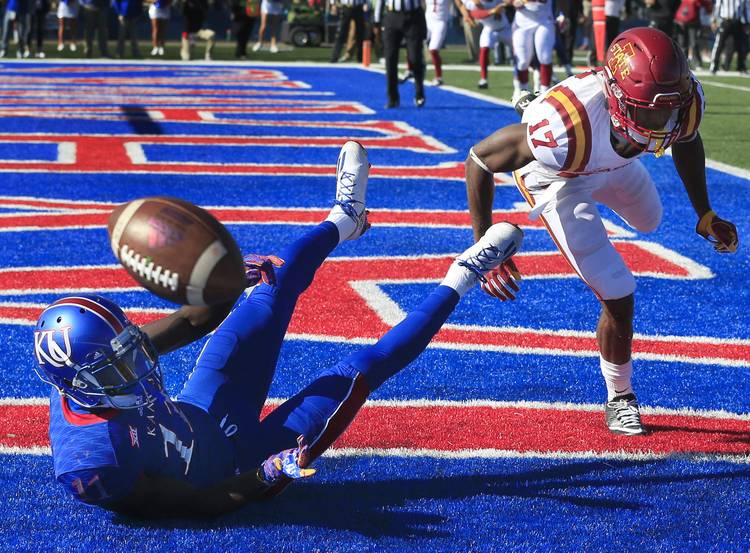 Each week of the season, the American-Statesman has interviewed the beat writer of Texas’ opponent. This week, the Kansas City Star’s Jesse Newell offers insight on Kansas. You can find Jesse on Twitter at @jessenewell.

1. Would it be foolish for Texas fans to overlook this Kansas team?

Probably not. KU does play significantly better at home, so the Longhorns will need to avoid completely sleepwalking through Saturday’s game. But the Jayhawks are a team that is dealing with injuries and some defensive regression, so there isn’t much reason to expect an upset.

2. Kansas has been close in losses to TCU and Iowa State. What’s prevented the Jayhawks from getting over the hump?

In both games, KU just wasn’t able to make a big play late when it needed one. With all the losing that’s happened recently, it’s hard to not believe it’s a bit of a psychological issue at this point. KU basketball, for instance, expects to win close games because it’s won a majority of those contests in the past. It’s the opposite with KU football, where it seems like even in competitive games, the team is one bad play from everyone starting to think, “Here we go again.”

3. Three different quarterbacks have appeared in seven games this season. Coming off his first start, is Carter Stanley the answer?

For this season, he probably is. He doesn’t have great arm strength on deep throws, but Stanley makes quick reads and gets the ball out quickly. I’d still be surprised if the Jayhawks don’t make a recruiting push for another quarterback this offseason.

4. Texas fans know a thing or two about having a football coach on the hot seat. Does David Beaty deserve to be on one?

Not yet. Most fans understood the hole the program was in when he took over, as KU’s scholarship numbers were somewhere in the low 60s last season. Beaty also likely will get unlimited leash from athletic director Sheahon Zenger, who already has fired Turner Gill, hired Charlie Weis and subsequently fired Weis. ADs don’t typically get to choose a third football coach, meaning if Beaty doesn’t produce in the next two years, Zenger will likely be the one on the way out.

True freshman safety Mike Lee left high school a year early so he could play with KU this season. He’s small in stature (5-11, 176), but is KU’s best at delivering a hit. The Jayhawks will need to force some turnovers to have a chance, and Lee gives the team a playmaker on the back end.

6. Finally, any restaurant recommendations for Texas fans making the trip to Lawrence?

Be sure to check out Mass Street and hit up Free State Brewery (it’s worth the wait). My rec: Copperhead chicken tenders and a Wheat State Golden.

Dr. Denton Cooley on his Texas basketball days: ‘It was a wonderful experience’