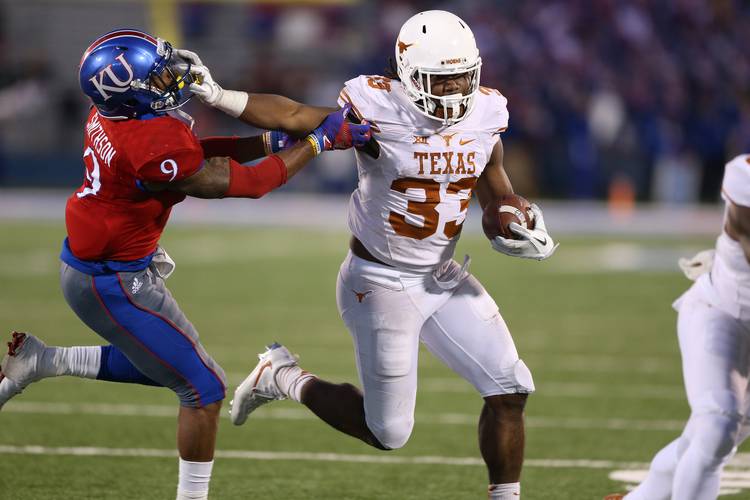 Texas junior running back D’Onta Foreman is one of three finalists for the Doak Walker Award.

The Doak Walker Award has been given annually to college football’s premier running back since 1990, and Ricky Williams won the award for Texas in 1997 and 1998. This year’s trophy will be handed out at the Home Depot College Football Awards on Dec. 8.

Over 292 carries this season, Foreman has rushed for 1,863 yards and 15 touchdowns. Foreman’s performance trails only Williams’ 1,893- and 2,124-yard efforts on Texas’ single-season chart, and he has set a school record with his 12 straight 100-yard performances. Foreman, who leads the nation with his 186.3 yards per game, has also caught seven footballs.

How does Foreman stack up against the other finalists, who were announced on Monday?

San Diego State senior Donnel Pumphrey has rushed 287 times for 1,855 yards and 14 touchdowns, and he leads the Aztecs with his 25 catches. Florida State junior Dalvin Cook has scored 18 times, and he has compiled 1,467 rushing yards (over 242 carries) and 400 receiving yards (over 27 receptions).

Foreman holds an eight-yard lead over Pumphrey for the Football Bowl Subdivision-level rushing title, even though Pumphrey has played in one more game. Foreman’s efforts, though, have come for a team that is 5-6. Oddly enough, the FBS leaders in passing yards (Texas Tech’s Patrick Mahomes II) and receiving yards (East Carolina’s Zay Jones) also play for teams with losing records.