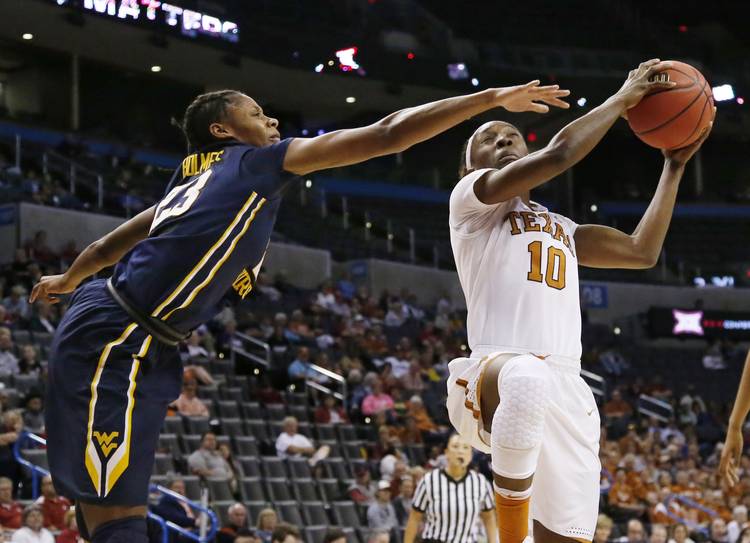 The Texas women will find out soon enough if they are making significant progress toward their goal of becoming a better team than last season. Just not on Wednesday.

People around the program believe that coach Karen Aston has assembled sufficient talent to surpass the 2015-16 team that finished 31-5, reaching the NCAA Tournament Elite Eight before losing to eventual champ Connecticut. But Texas already has lost at No. 7 Mississippi State and No. 11 Stanford.

The Longhorns lost three seniors who started last season, including 6-foot-7 Imani Boyette, the team’s top rebounder and a deterrent around the basket on defense.

“We are a completely different basketball team this year,” said Lang, a senior. “We have a lot of young people. It’s good for us to learn that you can’t beat everyone if you are not gonna practice hard every day. I think (losing early games) was good for us with this young basketball team.”

Against Northwestern State, the Longhorns used advantages in size, strength and quickness to gain a 52-8 edge in points in the paint. The 6-5 Lang and 6-3 Holmes each hit 5 of 7 shots, as did the 5-11 Atkins, who has decent size for a wing player. The Longhorns shot 57.1 percent, their most accurate performance since hitting 62.1 against Texas Tech in February 2014.

Northwestern State coach Jordan Dupuy, whose tallest player is 6-2, said he had no way to prepare for that.

“The only way we could have done it is to try and find every broom that we could and just wave it around in the air at every position,” Dupuy said.

The game was over by the second quarter, when the Longhorns completed a 30-0 push that began in the first period. Northwestern State failed to score for nearly 12 minutes. Wing player Jada Underwood, the least heralded of the Longhorns’ three freshmen, scored seven quick points during the 30-0 run. She finished with 10 points.

Part of Aston’s plan Wednesday was to allocate playing time for five new Longhorns, including Underwood. She also wanted to work on avoiding turnovers; the Longhorns committed 24 in the loss at Mississippi State on Sunday. Mississippi State also grabbed some critical offensive rebounds in the first half.

“We got a little shell-shocked at Mississippi State by how aggressive they were,” Aston said.

The Longhorns made only nine turnovers against Northwestern State, so the coach was pleased.

“I thought we played well,” Aston said. “We got a chance to play everybody, play a lot of young kids some minutes where we could have some teaching moments.”

Notes: Khaleann Caron-Goudreau, a 6-4 sophomore who transferred to Texas from Vanderbilt and sat out last season, made her Longhorns debut after missing the first three games with a bruised knee. She played six minutes, grabbed one rebound, made one block and one steal. … Guard Beatrice Attura led Northwestern State (3-1) with 15 points. She made four 3-point baskets and one three-point play — a layup and free throw. … Atkins made four steals.

Betting the Horns: Texas-TCU is a game to watch, but not to gamble on