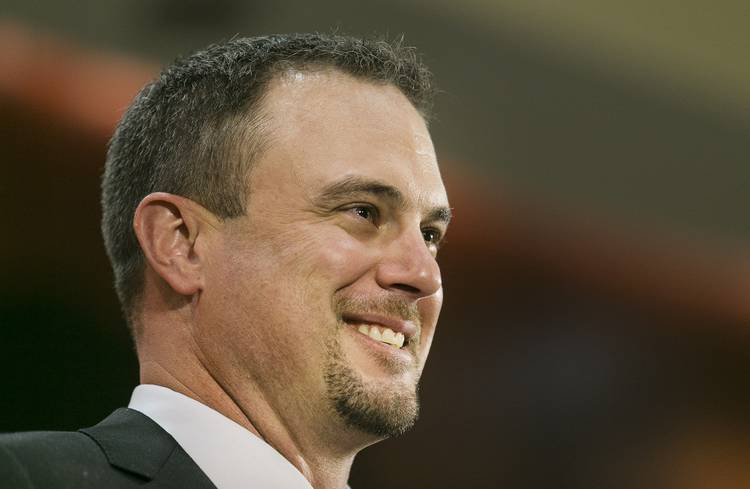 To get Herman, though, Texas will spend a great deal of money.

Coaching changes are expensive propositions, and this one will be no different for the Longhorns. To fire Charlie Strong, pay off his assistants’ contracts and close out Herman’s deal with Houston could cost Texas an estimated $19 million.

And that’s all before Herman blows his whistle at the first practice.

The UT football program generated almost $95 million in profits during the 2014-15 academic year, according to the most recent numbers available. That money is used to help fund 19 other varsity sports.

Don’t expect UT officials to reach deeper into fans’ wallets, either. Former athletic director Steve Patterson raised ticket prices prior to the 2015 season. His decision sparked such outrage that Perrin announced football ticket sales would remain flat for the 2016 and 2017 seasons.

All that said, it’s still a lot of dough.

To hire Strong in January 2014, UT officials had to pay $4.375 million to their Louisville counterparts to buy out the rest of Strong’s contract. It was believed to be the first time UT had ever paid to buy out any coach so they could come to Austin.

Strong signed a five-year guaranteed contract with a $5 million base that had an annual $100,000 escalator clause, something that kicked in regardless of on-field performance. If Strong was fired without cause, as in this case, he was owed the balance of the contract, according to the terms.

However, the fine print states that UT is required to pay “the base salary that coach is receiving at the date of such termination” through Jan. 23, 2019. Strong earned $5.2 million during the 2016 season. If that’s the case, then UT would owe Strong just $10.4 million for the next two years.

The contract also states that should Strong land another job, the money paid by UT would be offset as much as 50 percent by the new school. For example, if Strong landed a job that paid $1 million annually, UT would get $500,000 off what it owes him.

Patterson signed each of Strong’s assistants to multi-year contracts, also a first in UT history. Strong’s nine assistant coaches were scheduled to make about $4.5 million in 2017. Three coaches had deals that stretched into 2018 totaling an additional $1.8 million.

Most of the assistants are expected to look for new jobs, and the school is usually off the hook for whatever the assistant makes with his new employer. But there’s nothing to stop all nine from sitting at home and drawing a UT paycheck.

According to the terms of his Houston contract, Herman owes his previous employer $2.5 million if he leaves UH before Feb. 28, 2017.

Herman agreed to a five-year deal worth more than $5 million and escalates to more than $6 million before completion. The UT System Board of Regents could approve the final parameters this week.

Tom Herman’s first recruiting pitch wasn’t to an athlete, but to the state’s coaches