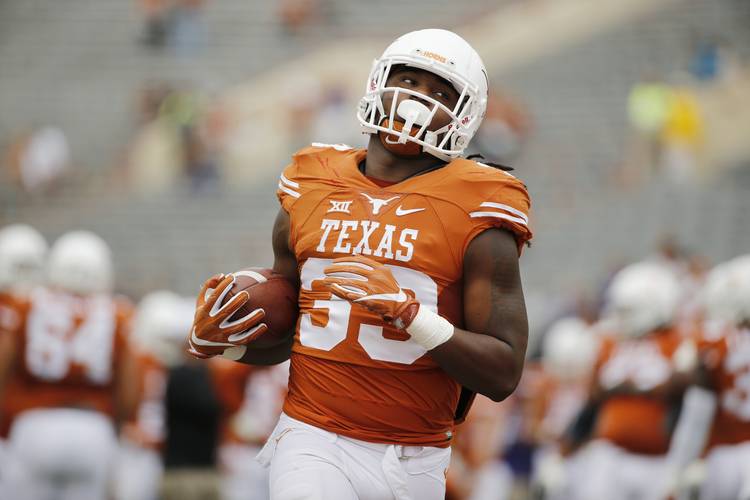 If Texas is to snag a minor bowl invitation as a 5-7 replacement team, the Longhorns will need help from a Sun Belt Conference underdog.

If one of those upsets happens, the Longhorns will be tapped for a bowl game because of their standing as the 5-7 team with the third-best Academic Progress Rate. That’s how the NCAA determines who fills slots when not enough teams are bowl eligible as a result of a 6-6 or better record.

Texas officials have said they are undecided whether to accept a possible bid because of the Longhorns’ coaching transition from Charlie Strong to Tom Herman.

There are no guarantees about where the Longhorns would end up, as all bowl-eligible teams would need to be slotted first, but since the Big 12 will come up short of filling its obligations, the Armed Forces Bowl in Fort Worth on Dec. 23 and the Cactus Bowl in Phoenix on Dec. 27 — both of which have Big 12 tie-ins — would be the most likely destinations.

Soon-to-be NCAA rushing champion D’Onta Foreman would be a good get for some bowl — along with Herman’s debut with the Longhorns and the UT brand. Foreman, a junior projected by some as a second-round NFL draft choice, could be playing his last college game.

Right now 76 teams are eligible or otherwise designated to fill the 80 openings. Louisiana Lafayette and South Alabama are the last two teams that can reach 6-6 this weekend. So at least two, and as many as four, teams will be plucked as alternates.

Texas (971) comes next. The Horns lose an APR tiebreaker to the Bulldogs because the SEC team had the higher score (970 to 968) in the most recent academic year that’s been charted, 2014-15.

If both Louisiana Lafayette and South Alabama lose, then Northern Illinois (969) will come into play along with Texas.

Beyond the 74 qualified teams who are .500 or better, Army and Hawaii, a pair of six-win teams, have wrapped up spots.

Army (6-5) has two wins over FCS teams and while only one is allowed toward bowl eligibility, the NCAA declared that a 6-6 Army, which plays Navy on Dec. 10, will be ranked above all teams with losing records because it has six wins and a higher APR score than all 5-7 teams.

Hawaii (6-7) didn’t make it to .500, but the NCAA said the Warriors’ six wins trump all 5-7 teams. Hawaii will play in the Hawaii Bowl on Christmas Eve against a Conference USA team.

Texas-San Antonio (6-6, 5-3 C-USA) is guaranteed its first bowl in its brief FBS history. The Roadrunners could wind up anywhere from New Orleans to Dallas to Albuquerque, N.M., to Boca Raton, Fla., to even Honolulu.

Sam Ehlinger, Texas’ other recruits are staying strong with their commitments