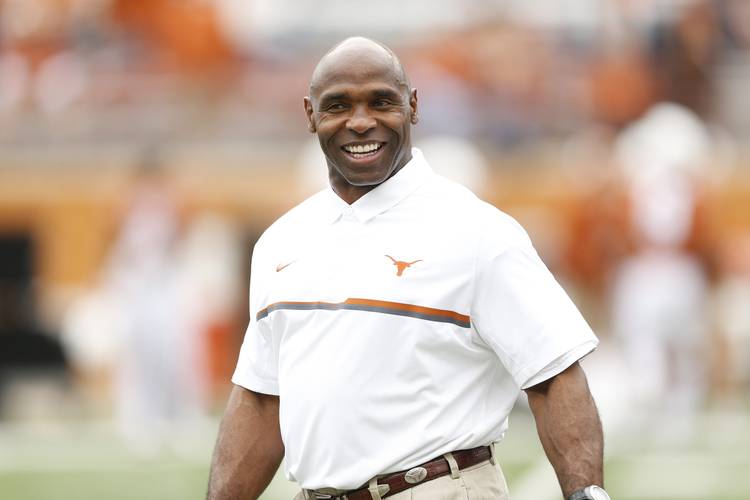 Once a Longhorn, Charlie Strong is now a Bull.

The University of South Florida announced on Sunday that it had hired Strong to be its next football coach. Strong was fired as the football coach at Texas on Nov. 26, but he was not unemployed for long. He will replace Willie Taggart, who recently took over at Oregon.

At South Florida, Strong inherits an American Athletic Conference team that is 10-2 and ranked 25th in the Associated Press’ poll. Later this month, T.J. Weist will be the Bulls’ interim coach against South Carolina in the Birmingham Bowl.

Strong was 16-21 over his three seasons at Texas, which gave him the worst winning percentage in the school’s history. Texas crept up to the 11th spot in the AP’s rankings this fall, but the Longhorns slumped to a 3-7 mark after they opened the season with two wins. Strong, who led the Longhorns to only one bowl game, closed out his stay at Texas with losses to West Virginia, Kansas and TCU.

Strong, though, is 53-36 over his seven seasons as a coach at Louisville and Texas, and he was the defensive coordinator on Florida’s 2006 national championship team. (He also was dealt as loss as Florida’s interim coach in 2004). Strong performed well on the recruiting trail during his time at Texas. His much-discussed core values also helped the Longhorns steer clear of many disciplinary problems during his tenure.

This hire may be good news for some of Strong’s former assistants at Texas, none of which were retained by new coach Tom Herman. ESPN’s Chris Low reported that Strong would like to bring ex-Texas offensive coordinator Sterlin Gilbert and other assistants with him to South Florida. Brick Haley, who coached defensive linemen at Texas, was recently hired by Missouri.

Strong was owed $10.4 million by Texas for the two years he two years he had remaining on the five-year deal he left Louisville for. Some of that money, though, will be off-set by the financial terms of his contract with South Florida.

Strong has reportedly agreed to a five-year deal with the Bulls, which should interest Texas fans. The Longhorns have agreed to host South Florida in 2020, and a road trip to Tampa is on the 2022 schedule.

Texas heads back to Final Four after a sweep of Creighton