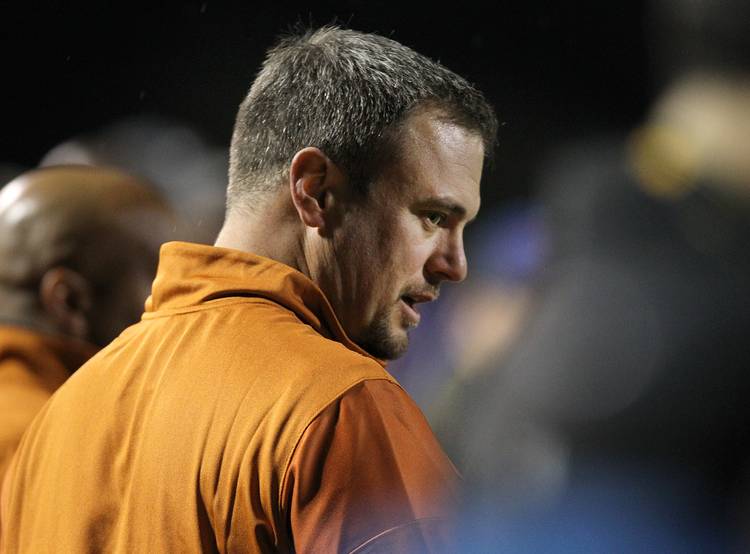 Texas confirmed the hiring of Rutgers offensive coordinator Drew Mehringer on Monday but did not specify his role or title.

At 28, Mehringer was the youngest play-caller among all Power 5 teams this season. New Jersey media reports indicated that Mehringer was leaving the Scarlet Knights to become a position coach with the Longhorns. It’s believed he could become UT’s passing game coordinator.

Herman has not named an offensive coordinator and likely needs a running backs coach.

Positions and titles for all assistant coaches will be announced when the staff is complete, according to a UT press release.

“Drew is an outstanding young coach, and I’ve worked with him extensively over the years,” Herman said in a statement. “He’s from Texas, went to Rice and knows this state extremely well. Drew has a great offensive mind, gained tremendous experience at a lot of different places in a short period of time and will be a terrific addition to our staff.”

Mehringer, a Mansfield native, was a student assistant at Rice when Herman was the Owls’ offensive coordinator. He followed Herman to Iowa State and Ohio State as a graduate assistant.

Mehringer was the co-offensive coordinator and quarterbacks coach at James Madison in 2014. He was then named receivers coach under Herman at Houston in 2015.

“As somebody who has been born and raised in the greatest state and greatest place in the world, the opportunity to be back here, to be back near family, to be working with a group of guys I know really well and love and are great football coaches and great men, it’s incredible,” Mehringer said in a statement.

“The fact that I get to do that here at The University of Texas, a place that we all grew up as high school players and kids with our eyes on the burnt orange, is something I don’t know that I could have ever passed up,” he added. “So for me, I’m tremendously excited.”