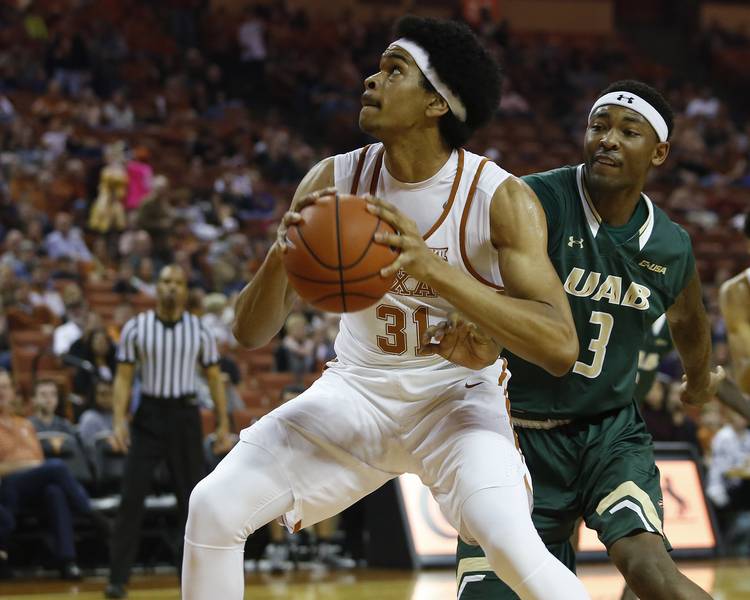 Tuesday night’s date with Kent State is the final dress rehearsal for the Texas men’s team.

Come Friday, when Big 12 play opens at Kansas State, nobody will care anymore about the Longhorns’ youth. It won’t matter who’s trapped inside their own head or who’s unwilling to follow coach Shaka Smart’s process.

The Longhorns (6-5) have shown brief moments of brilliance this season along with multiple stretches of solid play. But inconsistent shooting, sloppy ball handling or stagnant movement has costed Texas chances to win some winnable games.

It’s made for plenty of teachable moments.

“I knew coming in as a freshman, I was going to play. But I knew I had to grow up quick,” freshman guard Andrew Jones said. “It’s not high school basketball anymore. I’m playing with grown men, in and out, every day.”

With seven underclassmen in the rotation and two senior role players, Texas isn’t going to wow anybody with experience. It’s a group that relies on athleticism — perhaps too much.

Take freshman Jarrett Allen. The coaching staff told him to be more vocal against Arkansas. So he was noticeably more animated, more of a leader. That led to one of his best games of the season (11 points, 10 rebounds). Then against UAB before Christmas, Allen got off to a great start and finished with 16 points on 8-of-9 shooting. “The first half, coach said go hard for the first four minutes and everything just went my way,” Allen said.

“Sometimes, results don’t always come right away,” Smart said. “But I know they’re not going to come if we don’t follow the process.”

The Golden Flashes (7-5) are a respectable foe from the Mid-American Conference. It’s a group with explosive offensive potential. Coach Rob Senderoff’s club has scored more than 100 points twice this season.

Texas is coming off its best offensive performance of the year in a 36-point blowout over UAB. The Horns set season highs in points (96), shooting (.537), free throws (12 for 12), steals (11) and assists (21). It’s yet to be determined if that was a real turning point or a one-night explosion against a middling team from Conference USA.

UT’s defense is the one key thing that’s working this month. The Horns allowed 64.6 points in the last five games where they posted a 3-2 record.