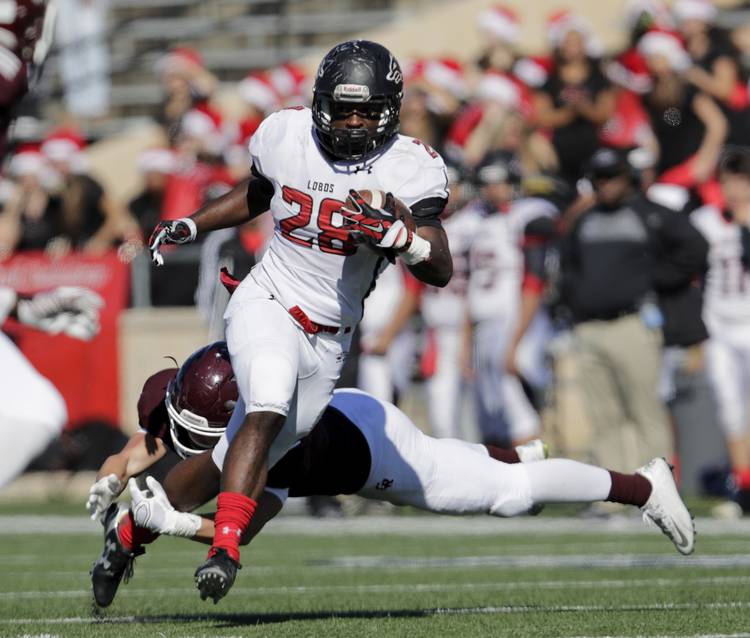 This blending is on purpose. The best recruiters at universities are its current and future players. The coaches do the grunt work. The athletes do the convincing. This weekend’s slate of visitors is shaping up to be star-studded.

The most recent pledge to Texas’ class makes his official campus visit this weekend. Bimage is already familiar with the current coaching staff. He’s hoping to become more familiar with the tradition, facilities and atmosphere in Austin. It won’t be his first time in town, but an official visit allows access and personal attention that recruits rarely receive on unofficial visits or at summer camps. Bimage was previously committed to Herman at Houston and chose the Longhorns over Baylor last week. He played defensive end in high school, but is expected to make the move to inside linebacker in college.

Graham is Texas’ lone defensive end commitment, which makes him an important member of the class. The Longhorns lost another end when Liberty-Eylau’s LaGaryonn Carson de-committed after he fell out of the class because of academic issues. Graham, however, had a successful senior year, helping lead Temple to a state title game appearance. Graham is committed, but might not be a lock to sign on Feb. 1; he’s contemplating an official visit to Oklahoma before signing day.

The offensive line prospect’s recruiting profile has raised over the past month. It started when he flipped his commitment to Texas from Oklahoma State. And it rose even further after a consistently strong week-long performance at the U.S. Army All-American Bowl. He played left tackle in high school, but showed the ability to play guard and center at the all-star game.

Boyce is an underappreciated commitment. The rangy cornerback is often forgotten when discussing the top players in this class. A Lake Dallas product, Boyce is the only true Dallas-Fort Worth area pledge in the 2017 class. Cornerback also is a position of need and one of the top uncommitted cornerback targets remaining in the cycle, Chevin Calloway, is also set to visit this weekend. Those two building a bond helps Texas’ chances.

Young was a bit of an unknown in recruiting circles until he was offered by Herman’s staff in December. He quickly committed without ever visiting Texas. This weekend gives him a chance to see the campus, the city and meet the team. Young is a north-south runner with enough speed to create long gains.

Carter is one of three early enrollees. The four-star running back was a steal for the new Longhorns staff. He fell into Texas’ lap when no running back spots were left open for him at Georgia. He was forced to look for a new landing spot and Herman was quick to snatch him up. Carter will move in at UT this weekend, making his official visit experience a little different than most prospects.

Arguably the Longhorns’ top remaining target, Calloway is also the best cornerback still available. He isn’t a big cornerback. He makes impact with his speed and can make plays with the ball in the air. Calloway plays the position like a wide receiver and could be used to cover the slot early in his career. Arkansas is considered the favorite, and Calloway has an official visit set up to Arkansas next weekend. He’s ranked No. 15 on the Fab 55, and 247Sports’ composite ratings has him ranked as the No. 115 best overall player in the country. The 5-10 speedster isn’t expected to decide until after he visits Arkansas.

The Colorado commitment might eventually flip to the Longhorns. His willingness to visit Austin this close to signing day shows his mind isn’t set on Boulder. Texas wants to add one more offensive lineman. The three-star corner would give the Longhorns two commitments from similar players. Kerstetter, who’s also visiting this week, shares traits with Polley. Both guys played tackle in high school and can stay on the outside or move inside to guard. Polley is listed at 6-5 and 265 pounds, and is an exceptional athlete for a big man. It wouldn’t be shocking for him to commit during his visit, or shortly after.

When the country’s top JUCO linebacker prospect tweeted Wednesday that he’ll be visiting this weekend, it was welcomed news for Texas. Herman has one linebacker committed — Bimage, who’ll also be on campus this weekend — but Bimage will need time to adjust to college and a new position. Johnson, who’s considered a Texas lean by 247Sports, could contribute right away even though he’d miss spring ball. Johnson once was committed to Alabama, but an SEC rule kept him from qualifying. That could be Texas’ gain; it’s up to defensive coordinator Todd Orlando and the staff to show him where he’d make an immediate impact. Johnson was originally scheduled to visit Oregon this weekend and then Texas next weekend; his decision to move his visit up a week could be a good sign for the Longhorns.

Texas has emerged late in Murchison’s recruitment. He’ll have two years of eligibility left since he was a sophomore in 2016 and right now he’s committed to Ole Miss. At 6-4, 277 pounds, Murchison could be plugged into the two-deep at defensive end or defensive tackle. He’s played defensive end in junior college and is strong at the point of attack. He also has interest from Houston. Murchison could receive an official offer on his visit.

Longhorns search for a third cornerback in the 2017 recruiting class