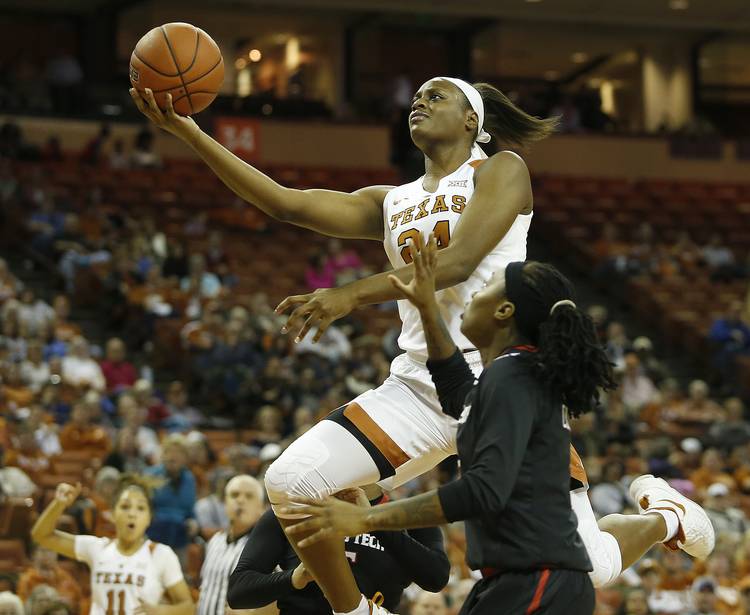 MORGANTOWN, W.Va. (AP) — Joyner Holmes and Ariel Atkins scored 15 points apiece and the No. 16 Texas women took control in the second quarter en route to a 73-63 win over West Virginia on Saturday.

It was the Longhorns first win over an AP top-25 opponent in five tries this season.

The Mountaineers led 17-16 after one quarter but the Longhorns scored the first 12 points of the second and led 34-20 before Lanay Montgomery made a layup with 1:31 left before halftime. West Virginia missed its first nine shots and finished 2 of 12 with six turnovers to trail 34-25 at the half.

Teana Muldrow had 22 points and Tynice 14 for West Virginia, which had 21 turnovers Texas turned into 30 points. Montgomery had 12 points and 14 rebounds.

Despite the poor outside shooting, Texas shot 50 percent overall, connecting on 32 out of 64 shots.

The Longhorns were outrebounded for just the second time this season, but they had 10 fewer turnovers than West Virginia.

Brooke McCarty had 11 points and led Texas in assists with three.

Kelsey Lang led the Longhorns with eight rebounds in addition to scoring 10 points.

Atkins led the Longhorns with three steals while Higgs had two.

Tynice Martin scored 14 for West Virginia with Chania Ray chipping in 12 to round out the Mountaineers double-digit scorers.