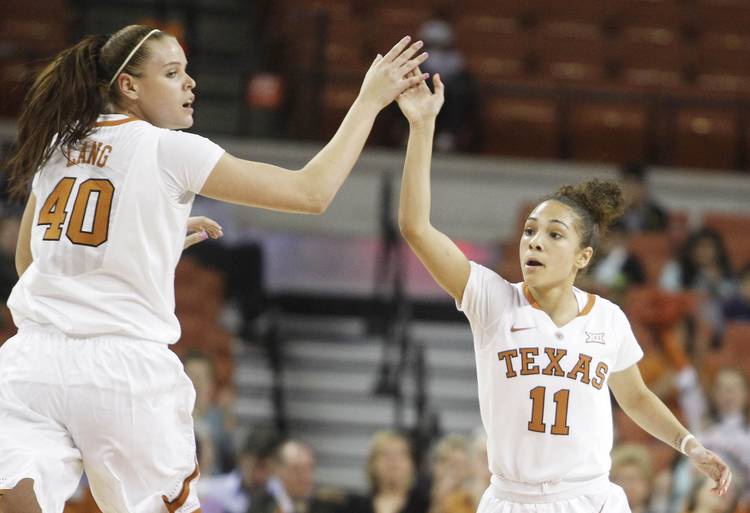 Twelfth-ranked Texas, which has won 10 straight games, hosts No. 20 Oklahoma on Tuesday night:

About Texas: The Longhorns are off to a 6-0 start in Big 12 play for the first time in program history. On three previous occasions — 2002, 2003 and 2016 — the Longhorns started 5-0. … Texas is led by junior guard Brooke McCarty, who is scoring a team-high 13.6 points per game, which ranks 12th in the Big 12. She’s shooting 46.4 percent from the field and has knocked down a team-high 34 three-pointers. McCarty ranks eighth in the Big 12 with 3.4 assists per game. … Senior center Kelsey Lang leads the Big 12 with an average of 10.7 rebounds in league play.

About Oklahoma: Peyton Little scored 18 points as the Sooners rolled over Texas Tech 66-45 on Saturday. … OU’s roster boasts 341 career starts among 10 players who have made least one career appearance in the starting five. The foursome of Gioya Carter, Little, Maddie Manning and Gabbi Ortiz have combined to make 276 starts. OU’s bench is laden with experience too, including T’ona Edwards and Vionise Pierre-Louis, who have played in 114 and 82 career games, respectively. … OU has held its opponent to season lows in scoring in back-to-back games (Iowa State, 57, and Texas Tech, 45).

Destination Texas, Part 4: With his offense and Mensa card, Tom Herman fit right in at Rice