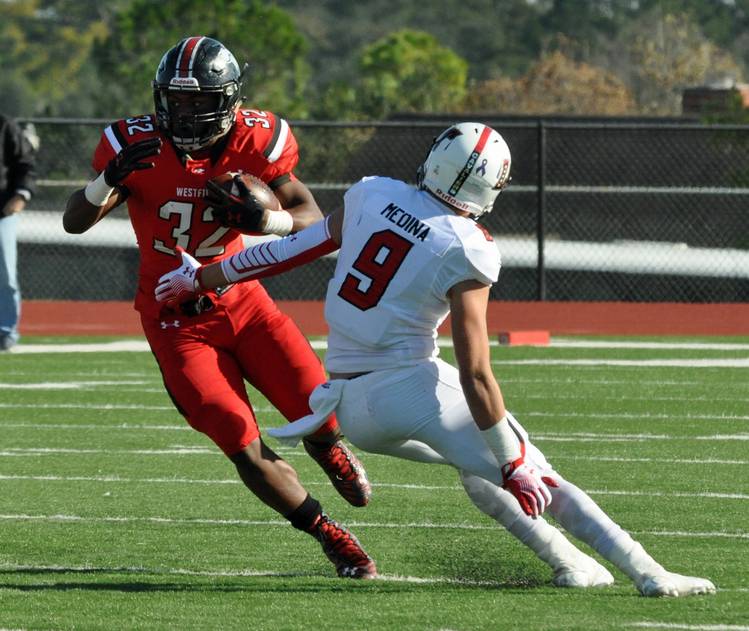 Tom Herman built a reputation recruiting Houston while coaching the Cougars to new heights. Now that he’s at Texas, Herman and his staff hope his reign in Houston doesn’t end just because his office has relocated to the capital city.

One way to ensure consistency in a pipeline is continuity. One of Herman’s first hires at Texas was a familiar one. Corby Meekins was hired to coach tight ends by Herman at Houston in 2015 after spending the previous 15 seasons at Spring Westfield High School. He was the head coach there for 11 years. His brother, Matt, took over the role when Corby departed.

Had a great visit today I am really excited to start this journey🤘🏾🐂 #letsride #HookEm pic.twitter.com/sZ9MRhP2fY

Relationships are the heart of recruiting. Herman knows that. That’s one of the reasons he sought Meekins at Houston. Herman spent the previous seasons in Ohio, and he wanted his assistants familiar with the landscape of Texas high school football. There are few better ways than hiring well-respected brethren; Matt Rhule followed the same blueprint when he recently took over at Baylor.

Meekins’ relationships have already paid dividends for the Longhorns. Westfield running back Daniel Young flipped his commitment from Houston to Texas right before Christmas, just three days after de-committing from the Cougars.

“Herman and Meeks were the first to recruit me, so they have been with me throughout my entire recruiting process,” Young said. “And to have your high school coach be one of your college coaches is rare and unheard of, so it’s a blessing to be able to have that type of bond with someone like that on the college level.”

His reasons were obvious, even if it didn’t make the process any easier.

“Making a decision (to flip commitments) is never easy after everything I built with Houston,” he said, “but with a lot of prayer and faith, I made it happen.”

Young, like most players associated with the Houston program, watched the news closely in November as rumors circled Herman’s move to Texas. Young was offered by Texas in early December. It took two weeks for him to publicly commit to the Longhorns.

“I didn’t know an offer was coming when the coaches moved to Texas, but I had a feeling. I mean, of course the thought crept in,” Young admitted.

“I’ve only been in Austin for track meets, so I’m pretty excited,” he said. “Just seeing the football side of UT. I’m familiar with the coaching staff and the type of football we’re going to play. Really, I’m pumped to learn more about the school and the campus.”

A three-star prospect, Young rushed for 1,290 yards and 19 touchdowns, averaging 7.3 yards per rush. He’s ranked as the No. 62 overall running back in the nation and the No. 125 ranked player in Texas, per 247Sports’ composite ratings.