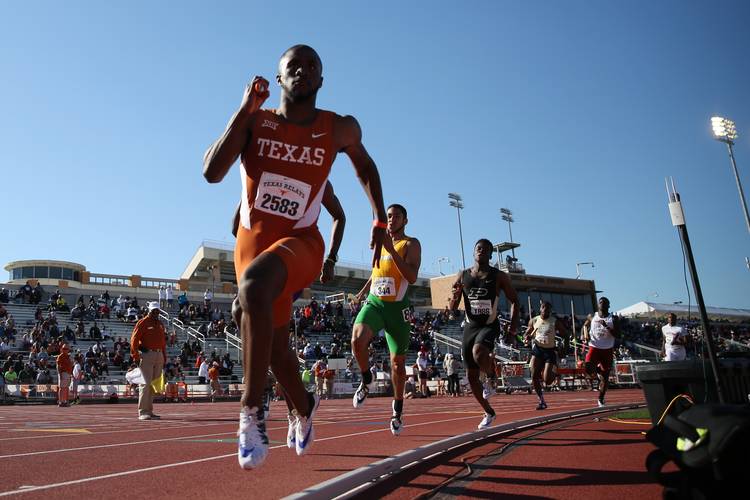 This weekend, members of the Texas indoor track and field team are going their separate ways.

Texas’ throwers and pole vaulters will be in Albuquerque, N.M. on Friday and Saturday for the Cherry & Silver Invitational, while the rest of the team competes at the Rod McCravy Memorial in Lexington, Ky. Texas is two weeks into a seven-week schedule that concludes at the Big 12 championships in late February.

Texas must spend the next few meets deciding which 26 men and 26 women will compete for Big 12 titles in Ames, Iowa. The Longhorns will also be trying to secure top-16 national marks in their individual events, which will earn them invitations to the College Station-hosted NCAA meet in March.

“I think the main thing is we’re trying to really use these first couple of meets as a stepping stone,” Texas head coach Mario Sategna said.

Of the seven Longhorns who won individual gold at the 2016 Big 12 indoor meet, six are now considered Texas Exes. That group of alumni includes decorated sprinter Courtney Okolo and Olympic-medaling thrower Ryan Crouser. Sophomore John Burt was expected to be one of the conference’s top hurdlers during the indoor and outdoor seasons, but he recently decided to focus solely on his role with the Texas football team.

“If people really look back that know Texas track and field, they probably thought there was never going to be another Sanya Richards, and here comes along a Courtney Okolo. You always anticipate who is going to be that next person to make that huge jump,” Sategna said. “There is no doubt we lost some key people.”

Sategna continued: “The thing that I like about this team is that we, over the years, the way that we’ve recruited and put things together. It’s not just on a few people or an event group, it’s on our whole team.”

The eyes of Texas should probably be focused this season on senior Byron Robinson, an Olympian who won Big 12 titles in the 600-yard indoor run and the 400-meter outdoor hurdles in 2016. Big things are also expected out of Teahna Daniels, a sophomore who is the NCAA’s reigning champion in the 60-meter indoor dash.

As a team, Texas picked up 11 individual titles in College Station.