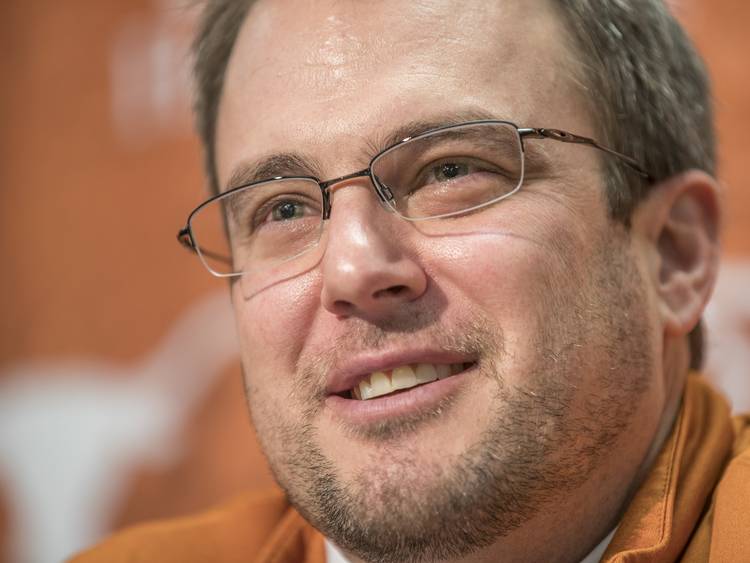 In a recruiting world filled with gray, Max Cummins’ commitment came as a surprising case of black and white. It even caught Texas assistant coach Oscar Giles off guard.

“Coach Giles came to my house Tuesday night and basically started selling me on the program. I was already sold on the program,” Cummins said. “I was under the impression I’d get offered during his visit, so I had already talked to my parents and my family about my decision.”

Giles was there to show the 6-6, 255-pound defensive end from Fort Worth All Saints Episcopal, that he was a priority. Texas wanted a big defensive end with the ability to play with his hand on the ground and as an attacker off the edge. Cummins is that player. He’s athletic for his build and has the potential to grow into a defensive tackle.

“If I put on weight and grow to 285 pounds, I can slide to defensive tackle to play a 3- or 0-technique. Right now, he sees me as a do-everything defensive end,” Cummins said. “He said I could make an impact as soon as I get to campus.”

So Giles offered. And Cummins committed on the spot.

Once Giles’ shock wore off, Cummins called his future head coach. He described Tom Herman as “ecstatic” during the phone conversation. Giles then hung out at the house with Cummins, showing him a video and continuing to build an existing relationship.

“I’ve known most of the staff since they were at Houston,” Cummins explained. “It was all familiar. I didn’t need to take a visit to know Texas was the place for me, even with interest from places like Oklahoma, TCU, Baylor and Nebraska.”

Austin was once home for Cummins. He left St. Andrew’s just over a year ago to finish his prep career at Fort Worth All Saints, where he helped lead the program to its second straight state title. His familiarity with the area from his time living in Lake Travis, combined with UT’s academic standard made it an easy decision; Cummins wants to major in business finance or business marketing, and knew that UT’s business school is ranked sixth in the nation.

“I lived in Austin and grew up going to Horns games. I’ll have a lot of friends in the area,” Cummins said. “My first grade Pop Warner team was the Longhorns. It’s always been a part of my life.”

Cummins will visit Texas this weekend, along with fellow commits and a few important targets. Cummins and Temple’s Taquon Graham are Texas’ defensive end commits in the 2017 class. The Longhorns host Galena Park North Shore defensive end K’Lavon Chaisson this weekend as well.

How did the Big 12’s early draft entrees fare against Texas?