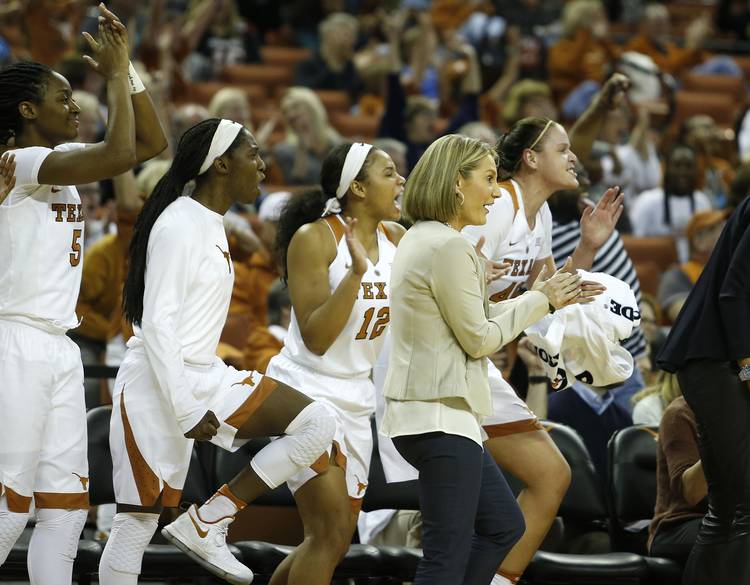 No one wearing burnt orange is claiming credit for the Texas women’s team’s 11-game winning streak.

From Ariel Atkins’ team-high 25 points against Iowa State to Joyner Holmes’ 20 against Oklahoma, UT is winning with a wide cast of contributors. Six different players have been the leading scorer during the streak, proving that depth is the team’s greatest strength.

That was evident during Tuesday’s 86-68 victory over Oklahoma. Holmes was one of five Longhorns who scored in double figures, joining Atkins (19), Brooke McCarty (16), Lashann Higgs (15) and Kelsey Lang (11).

“What they showed us was grit down the stretch just to be able to get some stops,” the coach said.

“It definitely feels good, but I think it’s a reflection of how we come into work every day,” McCarty said. “We knew how it felt in preseason and we just kind of wanted to grow from there. We’ve been in those positions that we’re going to be in the rest of Big 12.

“I just feel like it’s a confidence booster definitely for us. I think it’s just a reflection of coming in to work. Just like coach said, the staff works really hard and we’re trying to follow what they’re doing and work as hard as they are.”

The streak began after top-ranked Connecticut defeated Texas 72-54 on Dec. 4. The Longhorns were 2-4 at that point, all four losses coming against Top 25 teams.

Texas returned home from the UConn trip and earned a 72-67 victory over perennial power Tennessee.

It was only one game, but Aston seemed optimistic in her post-game comments after beating the Lady Vols.

“I think this was just a little bit of a preview of what our games might be like for a while, and that’s not a bad thing,” she said. “It just means that with young players and inexperienced players comes a bit of a roller coaster sometimes.”

The most promising young player has turned out to be Holmes, a 6-3 guard/forward who has improved her game after a rough start to the year.

“Every day I get more comfortable,” Holmes said after the OU game. “I’m not going to be in a stable position because I’m still coming into my role on this team. My teammates have my back 100 percent.”

Holmes has become one of the team’s best rebounders during the winning streak. After the loss to UConn, she was averaging five boards per game. In Big 12 games, she’s averaging 7.9 rebounds a game, ranking her eighth in the conference.

“There are things (Holmes) needs to work on, but she’s growing up mentally and that’s really big for her,” Atkins said.

Texas, wanting another wide receiver, has limited options for 2017 class