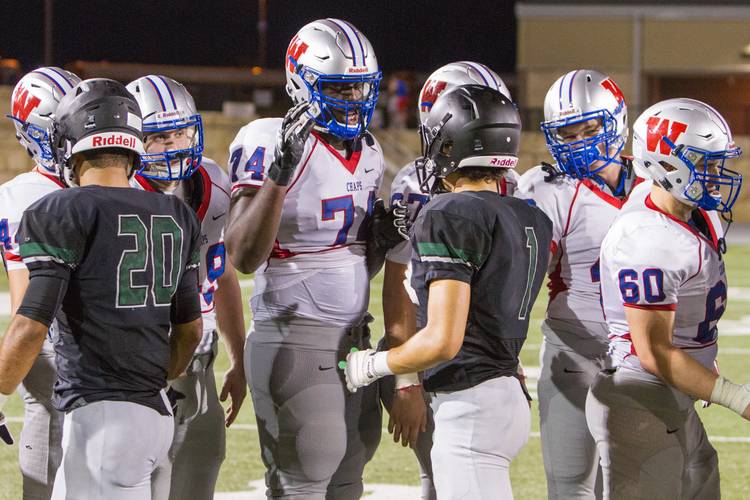 It’s the last weekend for universities across the nation to host official visits. Texas did most of its work over the past two weekends, hosting more than 20 top prospects for the 2017 class. There is still work to do and the Longhorns plan on closing this cycle with a few more signatures than the 15 players currently committed.

The group of visitors this weekend won’t be large. The 15 current commitments have already taken their official visits.

Zabie originally planned to visit last weekend before a last-minute official visit to UCLA was scheduled. That doesn’t mean Zabie isn’t keen on the Longhorns. It just means Tom Herman’s staff has a fight on its hands for the four-star’s signature. Zabie missed his sophomore and senior seasons. He’s a raw prospect who likely needs a redshirt year to get stronger. Zabie is an excellent athlete and could become one of the jewels of the 2017 class with the right development. He began his visit Thursday and that should allow the Texas staff more individual time to sell Zabie on Texas. He’s the only uncommitted offensive lineman Texas is currently targeting.

🐂OV To The University of Texas this weekend! Hook Em🤘🏾. Ready to see Austin for the first time and, UT fans, some of the BEST, show love🤗🐂 pic.twitter.com/wQg0xvUOek

Texas wants two more defensive ends to finish the 2017 class. Galena Park North Shore’s K’Lavon Chaisson is the biggest piece left, but he’s as likely to play outside linebacker in Texas’ new defensive system. Texas wants another four-technique defensive end who can play with his hand on the ground, take on blocks and still provide pressure on quarterbacks. Johnson checks those boxes as a four-star prospect with size and athleticism. Auburn is considered the leader.

Cosmi is last-minute addition to the Texas radar. He won’t be a stranger to most of the current Texas staff, however. Cosmi is committed to Houston, but received an offer from Texas on Thursday and immediately made an official visit to Texas. The 6-foot-5, 260-pound offensive tackle will need a year or two to develop into a college-ready player, but it is clear the staff likes him or he wouldn’t have received Houston attention during the staff’s previous stop. Cosmi could be a commitment candidate by the end of the weekend.