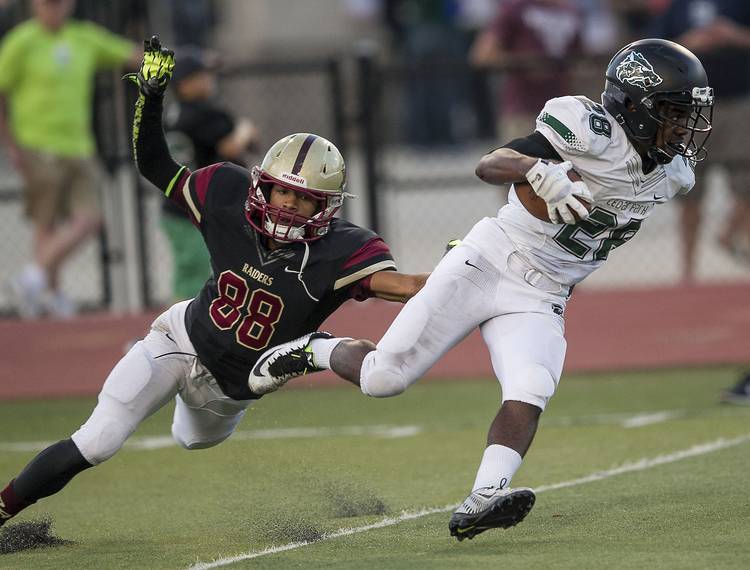 We’re days away from national signing day. Tom Herman’s first class as Texas head football coach will be inked by the afternoon on Feb. 1. The class sits at 15 commitments heading into the final weekend of the cycle. Texas is still busy on the recruiting trail as Herman’s staff attempts to sign approximately 20 prospects next week. Thursday night proved busy.

K’Lavon Chaisson: Texas fans are by now familiar with the five-star defensive end from North Shore. He’ll announce his college destination on Feb. 1 at 11 a.m. The pass-rushing specialist was a long-time Texas lean, but LSU and Colorado are making big pushes late. Chaisson is the best uncommitted player in the state of Texas. If he chooses Texas, he’ll be the top rated player in the Fab 55 to sign with an in-state school. If Chaisson goes out of state, none of the top 10 players in the Fab 55 will attend school in Texas. Chaisson had an in-home visit with Texas on Thursday night.

Jordan Pouncey: It is no secret that Texas wants another wide receiver to add with Damion Miller before the 2017 class ends. The Longhorns targeted numerous prospects, and Pouncey appears to emerge as the most likely. The Texas staff visited him at his house Thursday night and all indications show Texas inching toward the lead for the tall, rangy wide receiver from Florida. Pouncey is considering Miami, Florida, Tennessee and the Longhorns.

Jav Guidry: The former Cedar Park star athlete announced he’ll choose a school tonight, and it is between Texas and Utah. The Longhorns were considered a clear favorite to land the cornerback’s services when Herman’s staff offered the former Houston commit. Guidry’s familiarity with Texas’ current staff and the Austin area made Texas his assumed destination. But while Guidry could choose Texas tonight, it isn’t guaranteed. Utah is a real player in his recruitment. Guidry’s family is mostly located on the West Coast and the chance to play Pac-12 football and stay relatively local could earn his signature. Texas offered cornerback Amik Robertson in case Guidry chooses Utah. Texas could potentially take both Guidry and Robertson if Guidry commits tonight. Robertson will choose between Texas, LSU, Louisiana Tech, Houston and Kansas State.

New offensive tackle offered: The Longhorns are currently hosting Westlake offensive lineman Stephan Zabie on an official visit. He holds an offer from the Longhorns, but is considering UCLA and will visit Ole Miss over the weekend. Texas wants a second offensive lineman to put in the class with Derek Kerstetter, and they want it to be an offensive tackle. In case Zabie goes elsewhere, or because an extra scholarship was available this late in the cycle, Herman offered Houston commit Samuel Cosmi. The 6-foot-5, 260-pound three-star from Humble Atascocita is now scheduled to visit Texas over the weekend and is a solid candidate to flip from Houston.