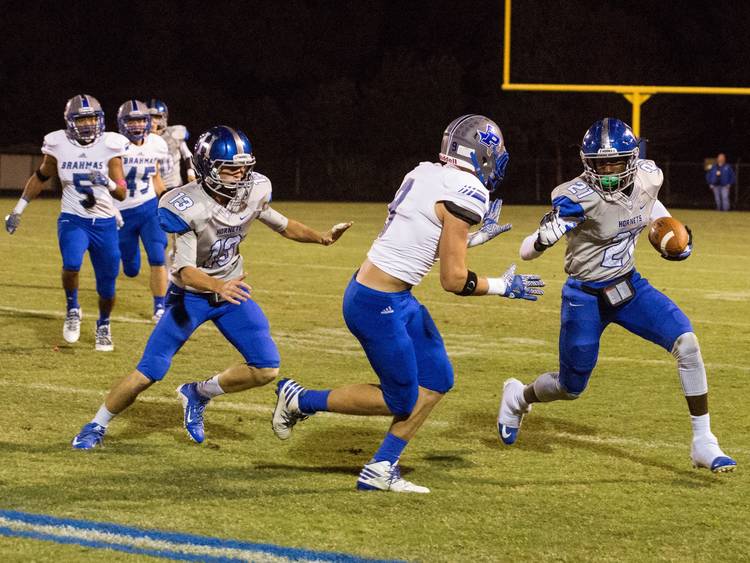 Texas was found wanting on national signing day. The Longhorns entered Wednesday with three priority targets yet to declare, including Galena Park North Shore defensive tackle K’Lavon Chaisson. Tom Herman’s program signed one of them — Florida wide receiver Jordan Pouncey. The disappointment on signing day was palpable. Texas fans are used to winning in February. Not in 2017.

Still, it wasn’t a bad class for Texas, even if it wasn’t nationally recognized. Herman’s staff held on to the players they inherited from Charlie Strong and added familiar faces from their time in Houston. The Longhorns signed 18 players and finished with the nation’s No. 26-ranked signing class. It was Texas’ lowest-rated class since 247Sports began ranking classes in 2000, and for the first time in the 29-year history of the American-Statesman’s Fabulous 55, the Longhorns failed to sign a single top 10 player from the state of Texas.

Not all is lost. One of the main reasons the class ranked so low was size. -Most programs sign more than 20 players. Strong’s success over the past two cycles meant Herman’s group had fewer numbers to play with and that results in a lower recruiting ranking. Only No. 14 Stanford and No. 16 Clemson signed fewer than 18 players and ranked higher than Texas.

Texas addressed needs. The 2017 class looks better when taken position by position. Below, we grade the Longhorns at each defensive position. We examined the offense earlier.

Texas missing out on Chaisson, who chose LSU over the Longhorns on signing day, put a damper on UT’s class. He was their top target and was a one-time Texas lean who didn’t even list LSU as his favorite until he took an official visit to Baton Rouge in mid-January. The Longhorns looked at several JUCO targets until settling on Chisholm, the 6-5, 280-pound defensive tackle whome Texas offered the night before signing day. Chisholm quickly flipped his commitment from Central Florida.

Graham is the jewel of the defensive line signings. After flirting late with TCU and Oklahoma, he remained committed to Texas. He originally pledged to Strong. Chisholm’s combination of athleticism and size make him a candidate for multiple spots in Todd Orlando’s defense. Keeping him was an underrated victory for the new staff.

It wasn’t so hard to get Cummins, however. The unheralded defensive end committed to Texas withing minutes receiving an offer from defensive line coach Oscar Giles. Cummins is the lowest rated recruit in this year’s class. Some of that is due to years spent playing private school football. It’s harder to build a reputation at those schools, but the former Lake Travis and St. Andrews player looks the part at 6-6 and 255 pounds. He’ll play end and some tackle in Texas’ new odd-man front.

Recruiting is mostly about laying the foundation for a successful future. Occasionally it becomes about filling an immediate need. Texas needed a middle linebacker — not one to just groom for eventual success, but one to compete for a starting spot this fall. Texas missed on some high-profile recruits down the recruiting stretch, but it a home run with Johnson. The top-rated inside linebacker at the JUCO level has track speed and linebacker physicality. He should start in 2017, which would allow Malik Jefferson to move to a more natural position on the outside.

Texas had two cornerbacks committed for 2017 before Herman took the job in late November, and Herman ended up holding on to both. The Longhorns did search for another option at corner, but recruits like Chevin Calloway (Arkansas), Jav Guidry (Utah) and Kary Vincent (LSU) signed elsewhere. The two players who did sign are top 100 players in Texas.

Thompson is a physical corner with a chance to play safety or nickel at Texas. He’s built like most of the cornerbacks that Strong’s staff preferred at the position. He’s 6-foot tall and uses his hands and body well for a cornerback. His physicality is the reason some see him as an eventual safety candidate.

Boyce is a speedy corner with length, also standing 6-feet tall. The duo won’t be needed to make an instant impact. Each will get a chance to sit, watch and learn how to play cornerback in college before taking the field. That will make both prospects better players.

Texas didn’t need to sign a safety this year. The roster has the talent necessary to win, even if those players have yet to show the consistency to do so at an elite level. The state is loaded with talent at the safety position in 2018, so it was safe to wait a cycle. But Estell offered a unique talent and Strong earned his commitment before leaving Texas. Herman kept the four-star in the fold.

Most two-way high school prospects prefer to play offense. Estell was a star wide receiver along with being an all-state safety at Hooks. He wants to play safety and it looks like he’ll get his wish in Orlando’s defense. At 6-2 and 180, he might be the best pure prep athlete signed in the 2017 class.