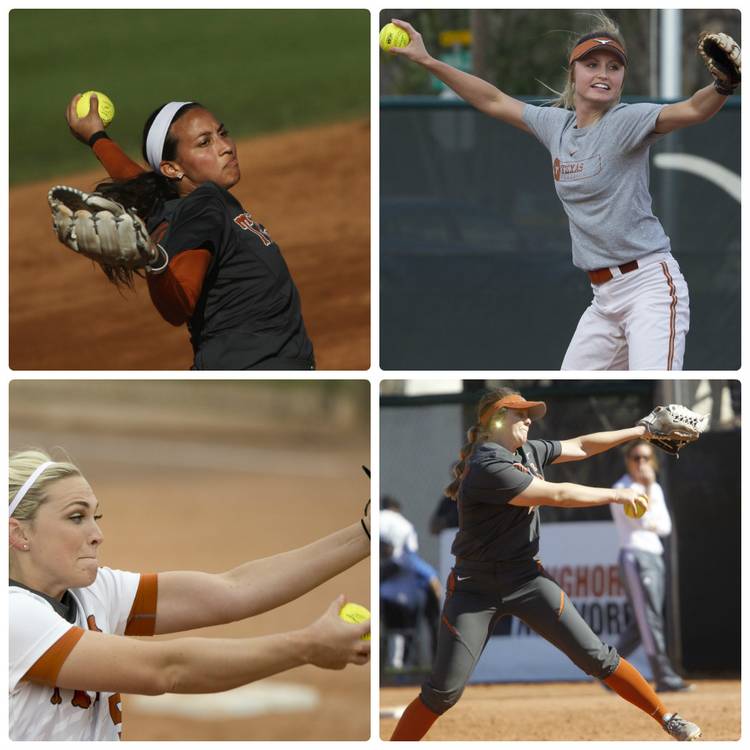 As Texas begins its season Friday, Longhorns coach Connie Clark is trying to figure out how to involve as many as five pitchers.

The thought of so many arms is leaving her positively giddy.

“I’m so excited we have five pitchers, I can’t even begin to tell you,” Clark said this week. “You can’t be thin in our game, in fastpitch, you can’t be thin in the circle. It’s a crowded house, that’s OK. I love the diversity in the staff.”

The Longhorns are the host team for the three-day Texas Classic at McCombs Field. Colorado State, 16th-ranked Minnesota and Maryland fill out the field. UT will play five games and Clark’s plan is to use five different starters. She’d also like to use each as a reliever, to test their roles.

The Longhorns don’t start Big 12 play until March 24. There will be plenty of games before then to establish a staff hierarchy, considering UT will play 13 teams that made the NCAA tournament a year ago before the Longhorns begin their Big 12 schedule. Then comes conference action, with everyone shooting for defending national champion Oklahoma, which was the unanimous choice as the nation’s No. 1 team in the preseason polls.

The staff features two left-handers and three who are right-handed. Or, as Clark describes it, “absolutely a luxury.”

Tiarra Davis, a senior lefty, has the most experience. She’s also a team captain who made All-Big 12 a season ago. She posted a 23-11 record in 2016 with six shutouts. Her 186 strikeouts were third-best in the league. As a freshman, she was the league’s rookie of the year.

But sophomore Erica Wright also could challenge to be the ace. She missed last season with an injury. But in 2015, when Davis was dealing with an injury, she posted an 18-9 record with 178 strikeouts in 170 innings. She was first-team all-conference and a member of the league’s all-freshmen squad.

Brooke Bolinger, who like Davis is a lefty, is a transfer from Nevada. The sophomore put up excellent numbers last year with the Wolf Pack, compiling a 16-6 record with 18 complete games in 27 starts. She was first-team All Mountain West, limiting opponents to a .235 batting average.

Also contending for more time in the circle — junior Kristen Clark, who was 4-2 a year ago, and Paige von Sprecken, who was 11-3 in 2016 after transferring from San Diego.

“I think all five pitchers, they all bring something different to the table,” Leahy said. “Our opponents may be really good at hitting fast pitching, so we may bring in someone who doesn’t throw as fast.

“I think changing the opponent’s eyes is also big. If they see the same thing over and over again, they’re going to make that adjustment and hit the ball. Having so many different pitchers just makes the opponents see different things.”

The last time Texas made the Women’s College World Series was in 2013. The Longhorns reached the semifinals in Oklahoma City thanks to the arm of All-American Blaire Luna. But since Luna left, Texas hasn’t made it out of regional play.

Davis sees so many arms as a decided advantage.

“That’s something that’s going to help us win a Big 12 championship and a world series championship,” she said, “because we see how teams are these days. … We’re all really good. I think the sky is the limit with us.”