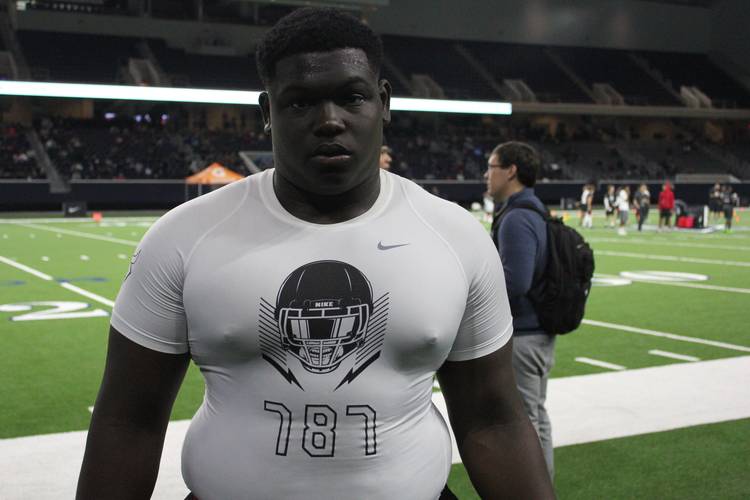 Scouting Hines: Hines is a bully, and he’d take that as a compliment. Interior linemen are hard to project toward college and attitude goes a long way in determining a big man’s fate. Hines has the right mentality to shine at guard in college. His 6-2 frame means he’s a guard or a center prospect. Inside, his lack of height and length won’t cause him too much concern, especially considering his brute strength.

The Marshall standout stays low and has quick feet for a man carrying well over 300 pounds. He’s a grinder who needs refinement at the position, but the baseline skills needed to become a Power 5 interior lineman are easy to spot. As he becomes more experienced, he’ll learn to rely more on technique than power. He’s used to winning every one-on-one matchup with power, and as he translates into college he’ll learn to use technique against players of equal size and strength.

Texas offered early — last July — and he has a strong relationship with the Texas staff from their days at Houston. It’ll be a fight to land Hines; Big 12 rivals like Oklahoma, Oklahoma State and Texas Tech entered the fray by February and Texas A&M also offered at the end of January.