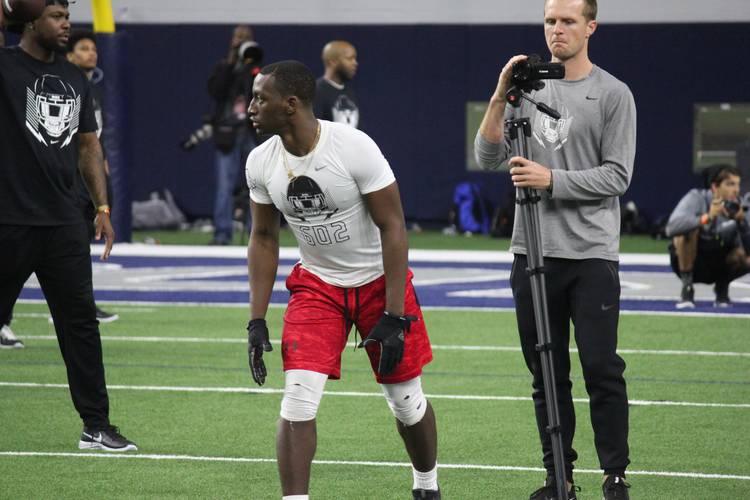 Scouting Williams: Williams appeared on the prep scene as a freshman quarterback in 2014, leading Judson to the Class 6A state semifinals. It was apparent from his first snaps that he’d build a storied legacy in San Antonio. His production hasn’t let up since then and he’s led his team into the playoffs each year as a starter. Through three seasons as a varsity quarterback, Williams has accounted for 4,631 passing yards passing and 2,550 rushing yards. He’s scored 84 total touchdowns and has thrown only 17 interceptions.

Quarterback might not be his landing spot in college, though, especially if he wants to play Power 5 football. Offers are pouring in early, but his recruitment will depend on his willingness to move positions. He could play quarterback for UTSA, for example, where his brother broke records as a running back. But offers from schools like TCU and Oklahoma State are contingent on him moving to wide receiver or cornerback.

Williams’ athleticism should translate to positions outside of quarterback. He’s only 5-10 and doesn’t have a powerful arm, so it’s hard to see him playing quarterback at a Power 5 school. It’s easy to see him move to wide receiver or the secondary after watching his high school film. Williams is fast, quick and elusive in the open field.