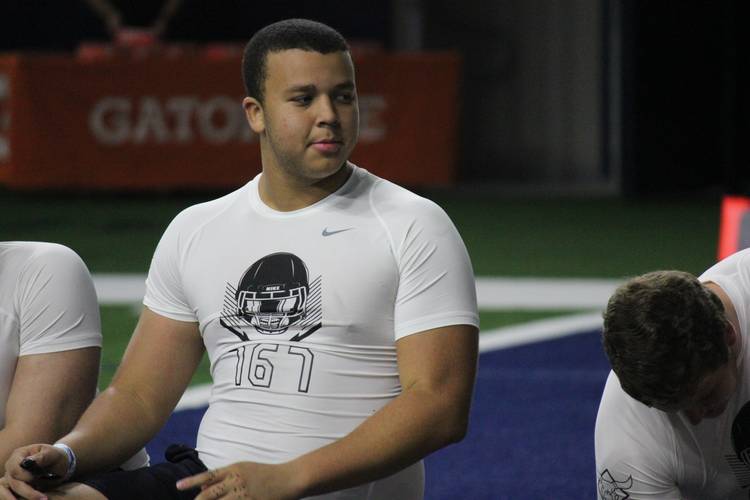 Scouting Stratford: Allen, which produced offensive tackle Bobby Evans (Oklahoma) in 2015 and tackle Greg Little (Ole Miss) in 2016, might have its next great lineman in Stratford. The 6-4, 270-pound left tackle holds 16 offers.

Allen is the biggest school in the state and the Eagles are yearly contenders for a state title. That means Stratford gets to play in a lot of big games against the top defensive ends in the state. The three-star prospect usually holds his own on the outside. He plays left tackle in high school, but could fit into several spots along the line once he gets to college. He’ll need to add weight and strength to his frame whether he remains at tackle or transitions to guard. Stratford could remind some UT fans of 2017 signee Derek Kerstetter; both played left tackle in high school and both are 6-4, which is close to being too short for a blue-chip offensive tackle.

Stratford’s lack of length could cause problems against elite defensive ends at the college level; a move to guard might be the solution if he can become strong enough to handle defensive tackles. He’s an athletic player with great feet for a big man. If he were two inches taller, he’d be a top-20 player in the state.