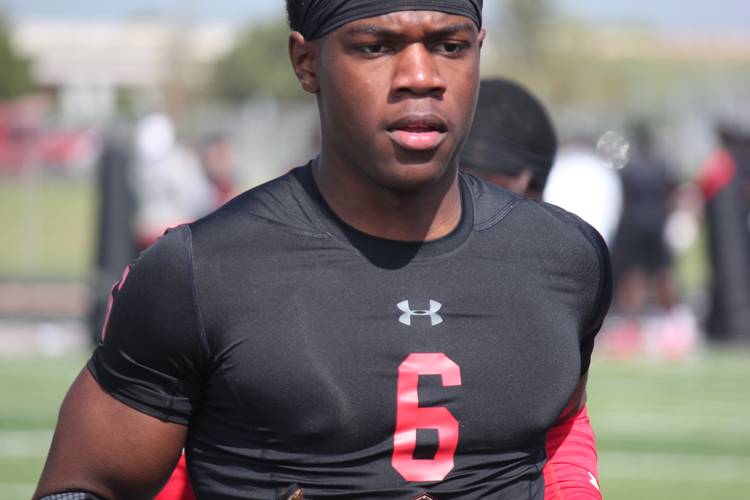 Scouting McCalister: Quite possibly the state’s most physical cornerback for the 2018 cycle, McCalister’s recruiting stock is beginning to rise after getting recent offers from TCU and Houston. The 6-1, 182-pound corner has the frame to eventually play safety in college. His film shows a physical player capable of handling the new responsibilities a position change would bring.

McCalister prefers bump-coverage because of his strength. He isn’t the fastest or most technical cornerback in the state, but he does exhibit closing speed when he beaten at the line of scrimmage. Seasoning at the position will improve his habit of taking risks. He can get beat when he’s overly aggressive at the line of scrimmage or breaks on a double-move. His superior athleticism allows for these mistakes at the prep level.

TCU is an early leader. The Horned Frogs run a 4-2-5 defense that could fit a hybrid prospect like McCalister. If his technique improves, the ceiling is high for McCalister at cornerback. Not many players at that position have his combination of natural size and speed. If not, safety becomes a nice landing spot for him in college.