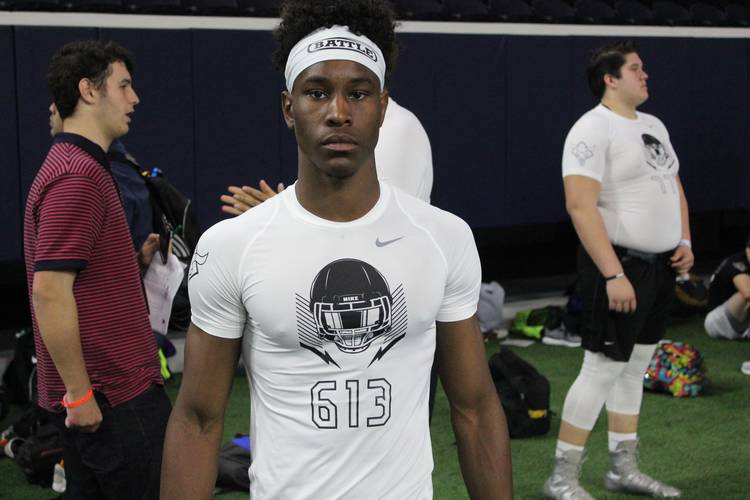 Robinson is listed as an athlete by most services — he plays several positions at Fort Worth Paschal — but his future position is clear: Wide receiver. He’ll be an ideal slot receiver for a wide-open offense. His quickness makes him a superb route runner with the ability to get open in tiny spaces. That same quickness also makes him elusive in the open field.

But Robinson’s size is his knock. At only 5-10, he’s limited as a wide receiver prospect because his lack of height would prevent him from becoming an outside receiver in most college systems. He ran the ball 61 times and caught 37 passes as a junior. He accounted for nearly 1,000 yards of total offense and returned a kickoff and punt for a touchdown.

Texas-ex Myles Turner gaining recognition on court, raising awareness off of it